Trump and Jeffrey Epstein were the only two guests at a party with 28 women flown in for the ‘entertainment’: NYT report 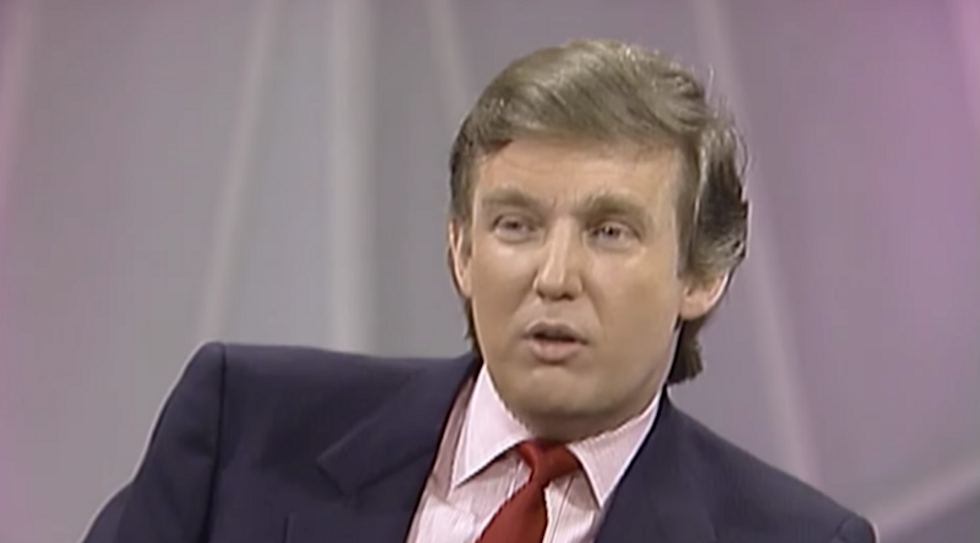 A new report from the New York Times on Tuesday revealed new details about the years-long friendship between President Donald Trump and the convicted sex offender and financier Jeffrey Epstein.

The most bizarre revelation was the account of a party, told by Florida businessman George Houraney, at which Trump and Epstein were the only guests:

It was supposed to be an exclusive party at Mar-a-Lago, Donald J. Trump’s members-only club in Palm Beach, Fla. But other than the two dozen or so women flown in to provide the entertainment, the only guests were Mr. Trump and Jeffrey Epstein.

The year was 1992 and the event was a “calendar girl” competition, something that George Houraney, a Florida-based businessman who ran American Dream Enterprise, had organized at Mr. Trump’s request.

“I arranged to have some contestants fly in,” Mr. Houraney recalled in an interview on Monday. “At the very first party, I said, ‘Who’s coming tonight? I have 28 girls coming.’ It was him and Epstein.”

The report contains no allegations of misconduct at the party, but it's a disturbing account given that Epstein has just been indicted on charges of sex trafficking young teenage girls. (Houraney and his girlfriend Jill Harth have accused Trump of sexual abuse of Harth).

Some of Trump's public comments suggest that he was aware at the time of Epstein's interest in having sex with underage girls. The Times report also indicates that during the 2016 campaign, Trump believed he could use Epstein's ties to Bill Clinton to damage Hillary Clinton. It even indicates that David Pecker of The National Enquirer suggested he had damaging information about Clinton and Epstein, though it never became a major issue in the race.

On Tuesday in the Oval Office, Trump downplayed his relationship to Epstein. He said he knew him “like everybody else in Palm Beach knew him … he was a fixture in Palm Beach.” But the Times reported that they were details a much closer relationship than those remarks suggest. In fact, they were reportedly involved together in a business venture, and when it fell apart, their relationship soured.

One Republican Congressman (R-Mich.) is being honest about former President Donald Trump's post-election actions and the irretrievable damage he did to his legacy.

During a recent interview with CBS News' Washington correspondent Major Garrett, Rep. Peter Meijer weighed in on the disturbing series of events that have occurred over the last several weeks.

The Conservative Political Action Conference this year will literally feature a gold statue of former President Donald Trump, but one prominent conservative commentator says it's time to move on from the one-term, twice-impeached president.

Alice Stewart, a former communications director for Sen. Ted Cruz's (R-TX) 2016 presidential campaign, told CNN that it's ridiculous to see conservatives continuing to worship Trump even though he cost them control of the White House and Congress.

Kremlin critic Alexei Navalny has been transferred to a penal colony where he will serve more than two years, the head of Russia's prison service said on Friday.

Russian President Vladimir Putin's most prominent opponent was this month sentenced to two years and six months in a penal colony for breaching parole terms while recovering in Germany from a poisoning attack.