Trump blistered for bigoted attack on Elijah Cummings: 'It's not even veiled racism' 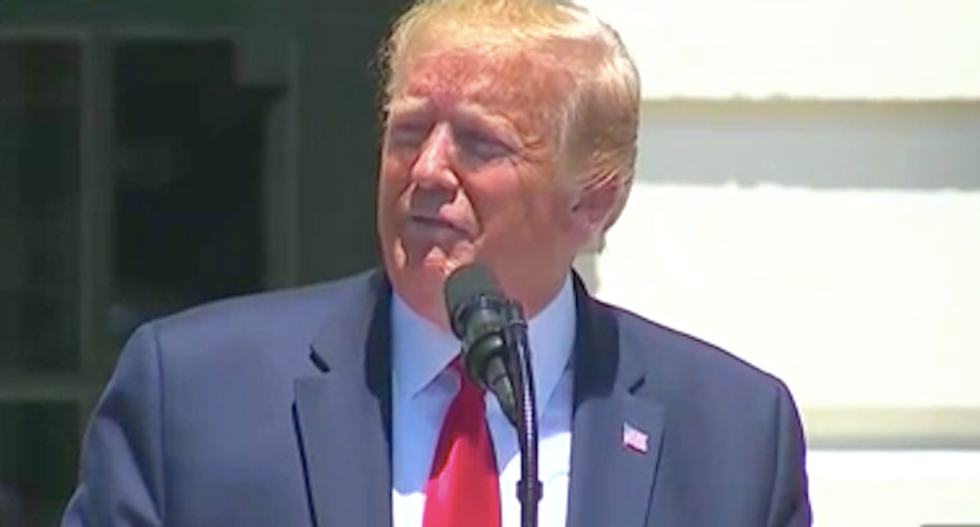 On Saturday, President Donald Trump blasted House Oversight Chairman Elijah Cummings (D-MD) for criticizing his border patrol policy, blasting his home district in Baltimore as "a disgusting, rat and rodent infested mess" and a "very dangerous & filthy place" where "no human being would want to live" and suggesting it should be stripped of federal funding. Cummings' district is actually above average in median income and education, but over 59 percent of its population is black, as is Cummings himself, so naturally Trump would assume it is filthy and impoverished.

"Wesley this is an American president calling an American city 'disgusting,'" said Dean. "It's also a president who attacked four congresswomen because he said they didn't love their country. What do you make of this rant this morning, these tweets?"

"First of all, as you noted, the president of the United States just very recently said, if you don't love America, you can get out. You can go back to where you came from," said Lowery. "I forget what European country his ancestors immigrated from not too many generations ago, or which country Melania is from, but perhaps the president can go back there if he doesn't like Baltimore."

"That said ... this is exhausting," said Lowery. "It's clearly a not even veiled racism, that Elijah Cummings, a prominent black member of Congress, is not allowed to criticize what experts are calling concentration camps at our southern border, because he happens to represent an inner city? Racism is not always about the intent of the speaker, although I think the president knows what he's doing here. It's about what the listener hears, right? So what they see is this black congressman who the president is saying, 'This person is corrupt, they are angry, they run a crime, rodent-infested city,' and what that says to his supporters is, 'Oh, yeah, we don't have to listen to that guy. He's the worst of black America. He plays on every stereotype of black men and women.'"

"It's exhausting to be a black person who has to show up time and time again, hear this racist vitriol from the president of the United States, feel like you're not welcome in this nation, and then have to explain it in all these kind of earnest fashions — is it really racist, or technically is it?" said Lowery. "Where for so many people on these issues, you read tweets like that and you either know in your gut or your heart what's being said or you want to play a semantic game. And I think that does — it's really a point of demarcation in the divide in our country."