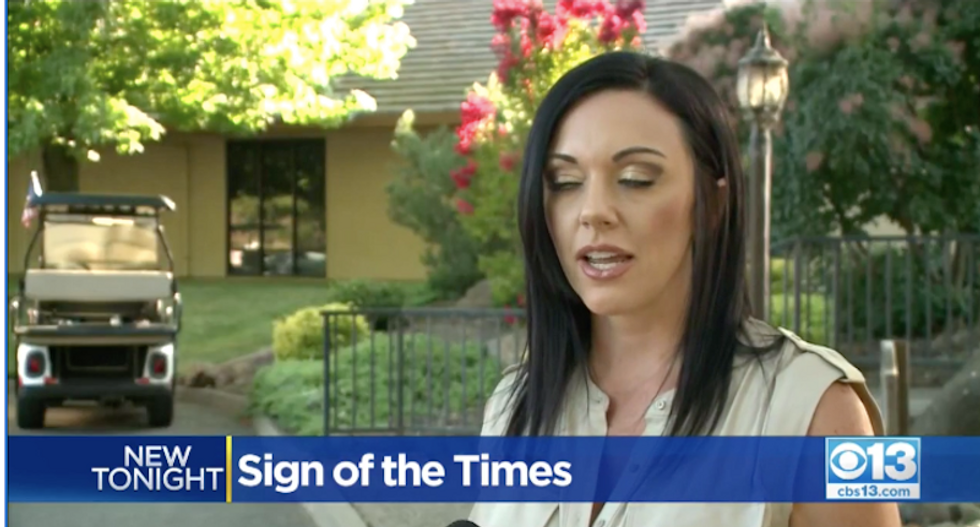 A gated community in California has been engulfed in controversy after a woman displayed a Trump 2020 flag during a parade, reports CBS13.

The woman's mother, Elizabeth Wilder, says her daughter was treated unfairly when she unfurled the flag.

“She was booed in the parade for having that flag,” Wilder told the station.

The family insists it's a violation of the First Amendment. "Considering that it was the Fourth of July, and we were celebrating liberty, my daughter chose to fly the flag with the president’s name on it,” Wilder said.

In response, the Rancho Murieta Association’s Board of Directors is weighing banning political signs at future Fourth of July parades.