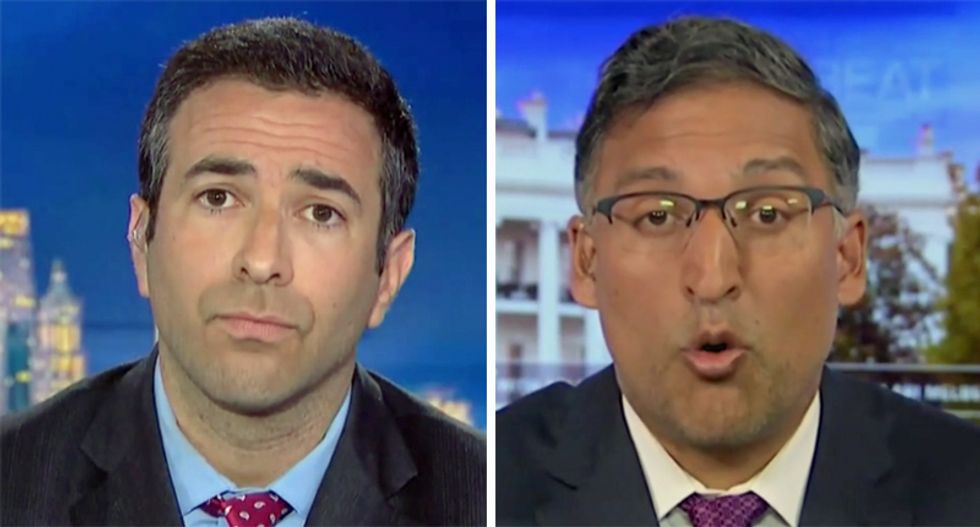 President Donald Trump is destroying the credibility of his administration before the United States Supreme Court, former Solicitor General Neal Katyal explained on MSNBC on Monday.

The loss of credibility could have long-lasting ramifications on other, close cases before the Supreme Court.

"The Trump administration was recently rebuked by the Supreme Court over the census controversy," MSNBC's Ari Melber reported Monday. "It said it was backing down, then reversed itself saying it would still try to get a citizenship question on the census."

"That’s not all. The news tonight is fallout over the DOJ replacing the lawyers working on this issue," he added.

For analysis, Melber turned to Katyal, "literally the most qualified person to explain all this."

In addition to having argued dozens of cases before the high court, Katyal was part of the legal team that beat Trump on the Census issue.

"The census decision already was a big deal for the chief justice and four of his colleagues to rule that President Trump’s rationale for the census wasn’t just not good enough, which is what you said before, but also he said it was, 'contrived,' made up. So that’s a big deal," Katyal explained. "You know almost never hear the Supreme Court saying that about any government official, let alone the president of the United States."

"But now it’s getting way bigger. It’s not just about the census. It’s about the Department of Justice and President Trump’s credibility in the Supreme Court of the United States," he continued.

"If he can do this, then when will the Trump Administration ever have any credibility whatsoever in the Supreme Court?" Katyal wondered.

Melber followed up on the credibility question.

"You got it 100 percent, Ari. And so, you know, the solicitor general, I think when you hold that office, the most important thing you do is preserve and protect the credibility of the Justice Department before the Supreme Court," Katyal said. "Every predecessor does that."

Katyal also said he had talked to current DOJ attorneys who thought Trump's actions were horrible for the department.