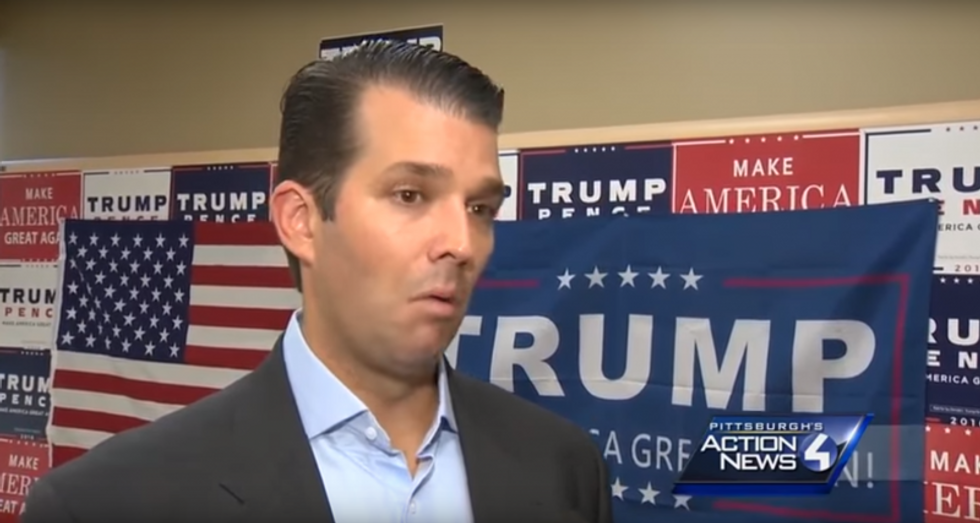 Donald Trump Jr. on Wednesday sent out several tweets attacking former special counsel Robert Mueller -- including one that described him as "mentally retarded."

Specifically, Trump Jr. promoted a tweet from conservative activist Dinesh D'Souza, who mocked Mueller's performance before the House Judiciary Committee and wondered if "Republicans have kidnapped the real Robert Mueller and substituted a mentally retarded look-alike in his place."

Trump Jr. approvingly quoted the tweet and added his own commentary about Mueller refusing to answer questions about opposition research firm Fusion GPS, which commissioned the dossier from former British spy Christopher Steele. 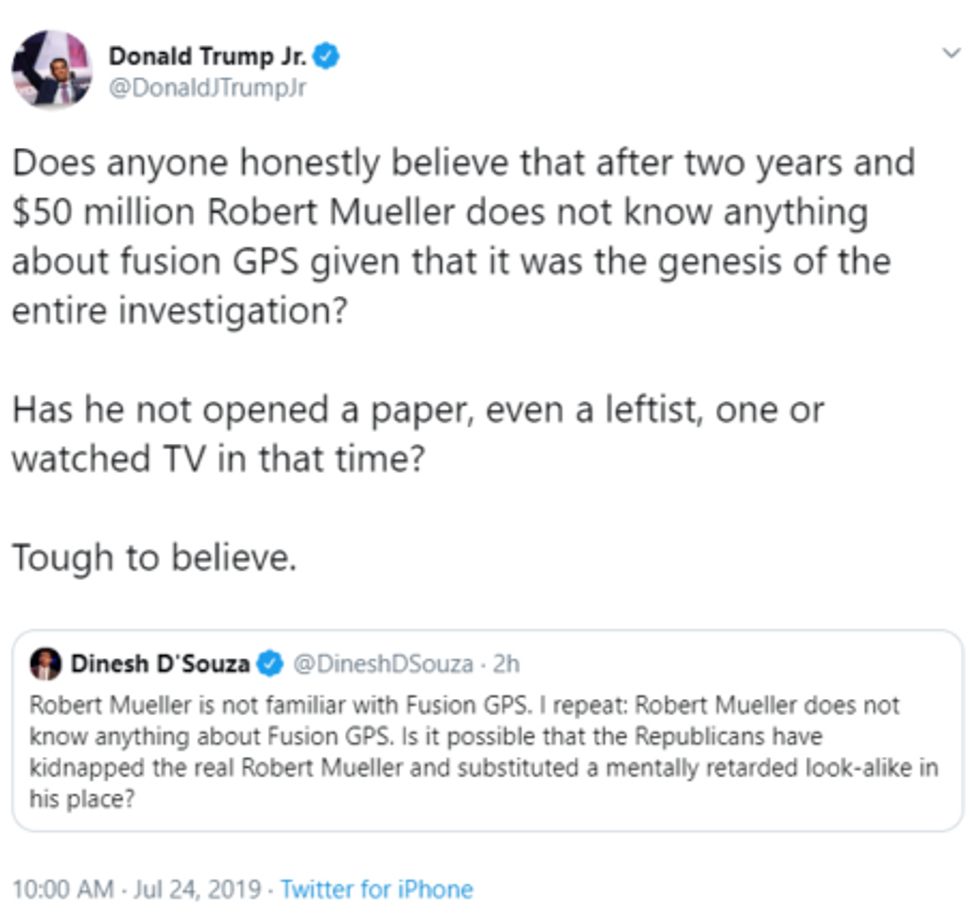 Mueller's report revealed that the special counsel's office weighed potential charges against Trump Jr. over his willingness to accept the Russian government's offer to provide dirt on then-Democratic rival Hillary Clinton, but decided against doing so in part because it could not prove that the president's son had sufficient knowledge to know that accepting such contributions from foreign governments was illegal.