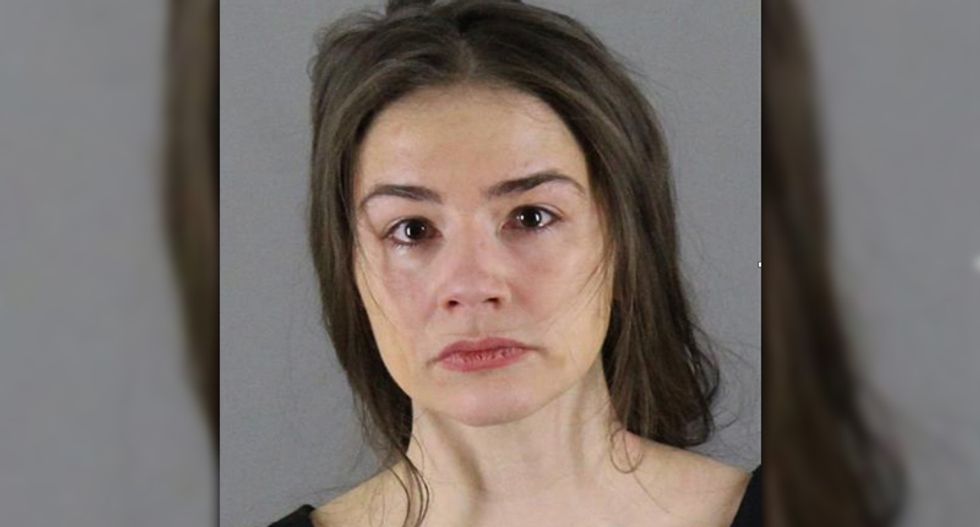 In an ironic twist, Rep. Ilhan Omar's (D-MN) Republican opponent lodged an unverified accusation that the freshman Democrat was a "criminal," but now the GOP candidate is on the wrong side of the law.

The Guardian reported Thursday that Danielle Stella has been charged with felony theft. She allegedly shoplifted items worth more than $2,300 from 279 items from a Target and goods valued at $50 from a grocery store. She's denying the allegations. She went through the self-checkout line

The 31-year-old Republican is a devotee of the conspiracy theory group "QAnon," which considers itself part of Trump's army battling liberal pedophiles.

Just this week, Stella called Minneapolis "the crime capital of our country," though she didn't cite herself as an example. According to crime ranks, Minneapolis isn't the top, in fact it's not even in the top ten. Using a variety of crime stats, the city comes in at 20.

"Describing Minneapolis during the interview as America’s 'crime capital,' Stella falsely claimed that crime in the city had risen by 80 percent over the past year," The Guardian reported. "According to Minneapolis police data, there has been a 10.7 percent uptick in serious crime year-on-year, following a 16.5 percent decline in 2018."

“I am not guilty of these crimes. In this country, I am innocent until proven guilty and that is the law,” she said in a series of text messages to The Guardian. “If I was guilty of crimes, I would never run for public office, putting myself in the public eye under a microscope to be attacked by all political sides.”

In 2009, court records reveal Stella pleaded guilty to driving while impaired from alcohol and fleeing a police officer. While it is a felony, the charges were lightened as part of a plea deal to a "gross misdemeanor."

If she is convicted she could serve up to five years in prison and pay a $10,000 fine.