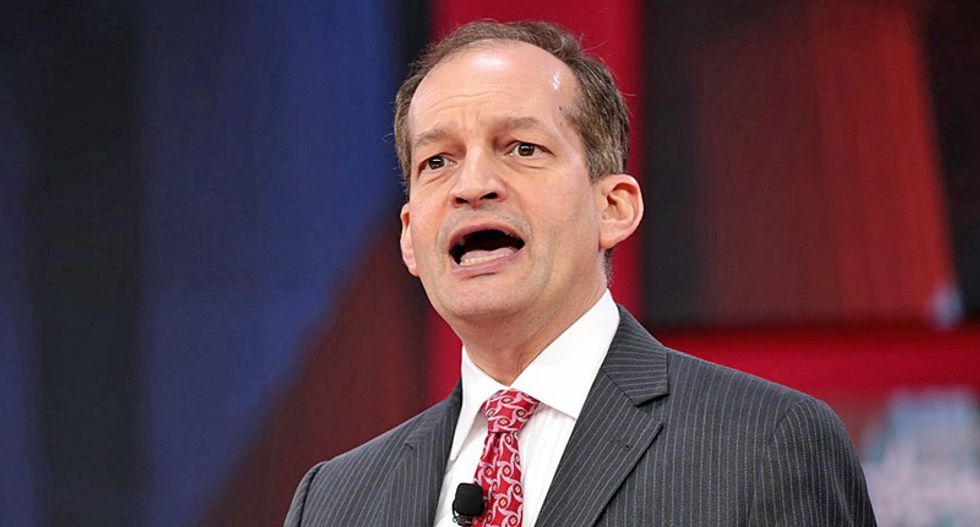 Labor Secretary Alex Acosta "re-victimized" child rape survivors in the highly-criticized case involving Jeffrey Epstein that Acosta was tasked with prosecuting as the US Attorney for Southern District of Florida.

"One thing we do know is that some of secretary Acosta’s prosecutors in his office prepared a massive federal indictment, a 50-plus page indictment, in Miami against — against Mr. Epstein and they had that there, and for some reason the decision-makers in the office just shelved that and went with this state law charge," Kaine said. "What does that matter? Well, when he agreed to plead guilty to these state charges, they filed the plea in a — in a county court, where the victims wouldn’t know to look for it and then he got this cushy sentence in the county jail where he’s out during the day going back to work.

"So there are more facts to get at, but what I think is now undeniable is that the deal was illegal, it was kept hidden from these victims, it was outrageously light and secretary Acosta revictimized these young ladies by allowing it to be a prostitution charge, which is so insulting to label these teenage kids," he explained.

"Some of these kids were middle schoolers, Chris. To label these kids, who were trafficked by Epstein as prostitutes, what an outrage," Kaine concluded.