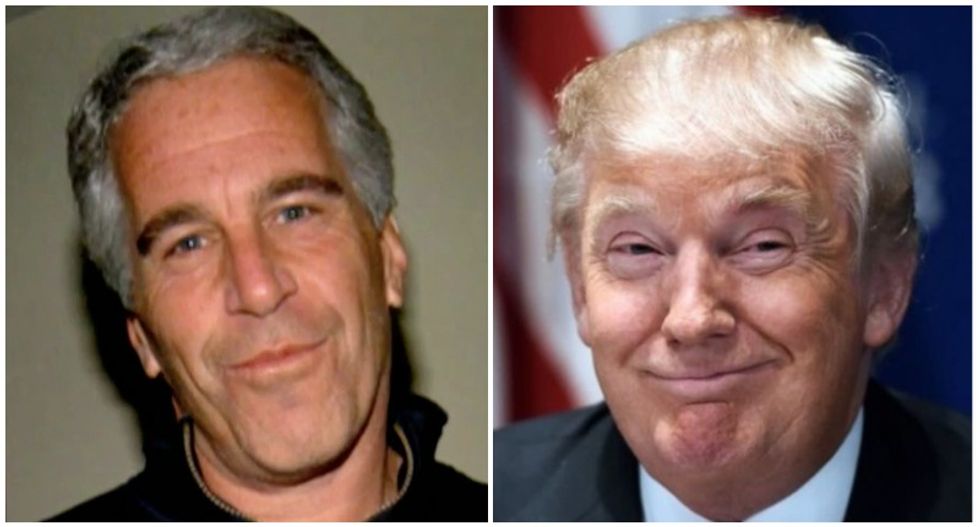 A notorious friend of President Donald Trump has reportedly been arrested.

"Billionaire pedophile Jeffrey Epstein was arrested for allegedly sex trafficking dozens of minors in New York and Florida between 2002 and 2005, and will appear in court in New York on Monday, according to three law enforcement sources," The Daily Beast reported Saturday. "The arrest comes about 12 years after the 66-year-old financier essentially got a slap on the wrist for allegedly molesting dozens of underage girls in Florida."

"The new charges allege that Epstein sexually exploited dozens of underage girls in a now-familiar scheme: paying them cash for "massages" and then molesting or sexually abusing them in his Upper East Side mansion or his palatial residence in Palm Beach. Several employees and associates allegedly recruited the girls for Epstein's abuse, and some victims eventually became recruiters themselves, according to law enforcement. The girls were as young as 14, and Epstein knew they were underage, according to police," The Beast reported.

Epstein is a longtime friend of Trump's.

Prominent Donald Trump defender Alan Dershowitz has also been implicated in the scandal but has denied the accusations.

Trump's Labor Secretary, Alexander Acosta, has been accused for violating federal law when he negotiated a plea deal for Epstein without notifying the victims.

"In an era where #MeToo has toppled powerful men, Epstein’s name was largely absent from the national conversation, until the Miami Herald published a three-part series on how his wealth, power and influence shielded him from federal prosecution," The Beast noted. "Meanwhile, the financier has flitted among his homes in Palm Beach, New York City, and the Virgin Islands, as well as his secluded Zorro Ranch in Stanley, New Mexico, transporting young women on his private jet to facilitate the sexual abuse that’s gone unchecked by authorities, his alleged victims say."

The arrest was confirmed by The New York Times later on Saturday evening.

In a recent interview, Georgia GOP Rep. Marjorie Taylor Greene said that while she didn't like the fact that Alex Jones was spreading conspiracy theories about the 2012 Sandy Hook mass shooting, "Alex has apologized over and over again."

On Friday, a jury in Texas decided that Jones must pay $45.2 million in punitive damages to the parents of Sandy Hook shooting victim Jesse Lewis. The decision came one day after the jury awarded $4.1 million in compensatory damages.

The conservative Fox News host appeared on a segment focused on mispronouncing the vice president's name throughout his recent segment of "Tucker Carlson Tonight."