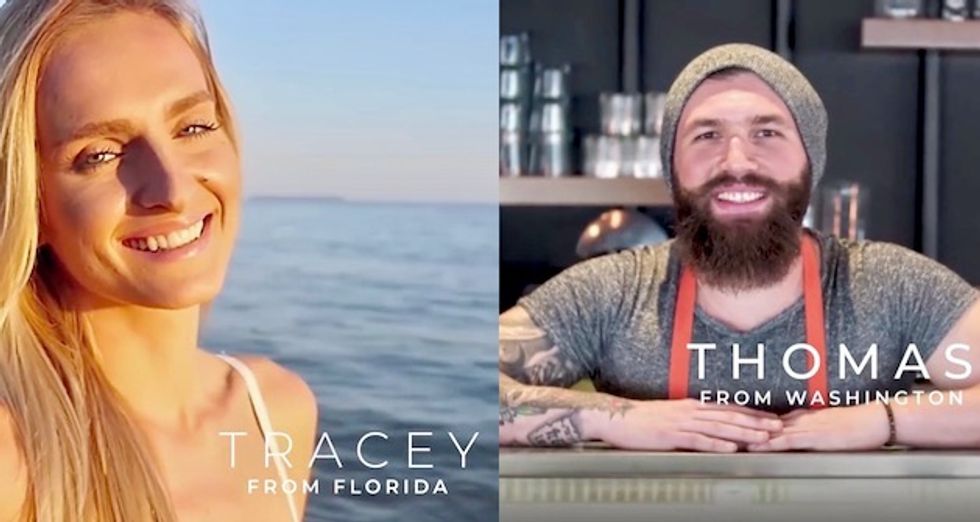 President Donald Trump is using actors from nations around the globe to portray supposedly real Americans in his presidential campaign re-election ads.

The goal: "to promote economic and national security and to help stimulate economic growth, create good jobs at decent wages, strengthen our middle class, and support the American manufacturing and defense industrial bases," the order reads.

Yet Trump is using foreign actors in campaign ads run on Facebook, the Associated Press reports. A few examples can be found here.

“I could not ask for a better president,” says “Tracey from Florida.”

“AJ from Texas” says, “Although I am a lifelong Democrat, I sincerely believe that a nation must secure its borders.”

The text in the Facebook ads says, "Despite the constant stream of lies from the FAKE NEWS media, my popularity is higher than ever."

The AP explains that there's "just one problem: The people in the videos that ran in the past few months are all actually models in stock video footage produced far from the U.S. in France, Brazil and Turkey, and available to anyone online for a fee."

Though the 20-second videos include tiny disclaimers that say “actual testimonial, actor portrayal,” they raise the question why a campaign that can fill arenas with supporters would have to buy stock footage of models. It’s a practice that, under different circumstances, Trump himself would likely blast as “fake news.”

The Trump campaign refused to respond to the AP's request for comment.