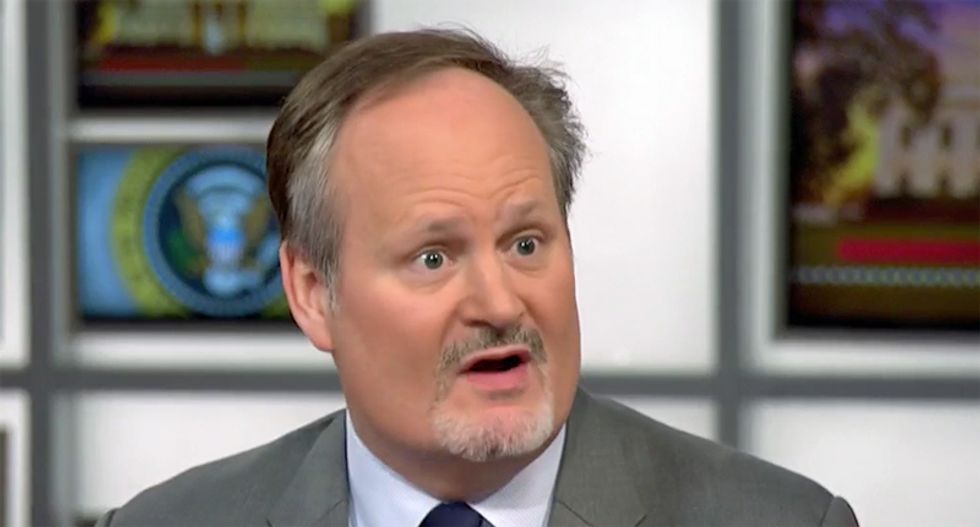 President Donald Trump clearly lied to America in his attempts to distance himself from convicted sex offender Jeffrey Epstein, a renowned biographer of the president explained on MSNBC on Friday.

Tim O'Brien, the author of the 2005 book TrumpNation: The Art of Being the Donald, was interviewed by Nicolle Wallace on "Deadline: White House" on Friday.

"Tim O’Brien, let me put up the headlines Ashley just referenced. Trump called Epstein a terrific guy who enjoyed younger women before denying a relationship with them, so he was close enough to know what kind of women he surrounded himself with," Wallace noted.

"When the president stands on the White House lawn and said he barely knew Jeffrey Epstein, that’s just not supported by the fact pattern. They knew each other well from 1987 until at least 2002," O'Brien replied. "Epstein was either a member of Mar-a-Lago in name or substance, but he was there all the time -- and the president wanted him to be there.

"I spent about two years, a lot of time with Trump in the mid-2000s, and he routinely talked about Jeffrey Epstein as someone he admired, he felt they were in sync," he explained.

"What did he admire about him?" Wallace asked.

O'Brien then recounted an awkward interaction with Trump.

"At one point, when I was working on the book about him, he took me on the Upper East Side. He just bought the rights to the Miss America pageant. We went up there and one of the main things I’m excited about in this pageant is I can introduce these girls to Eric, his son Eric. And we went into the offices of the pageant, and it was just a very uncomfortable environment with him around these women because I think his sole reason for buying the pageant, it was not a business decision, it was an access to women decision," O'Brien said.