Trump's 'aberrant' Omar excuse is the same 'two-step' he did when former Ku Klux Klan Grandwizard endorsed him: CNN contributor 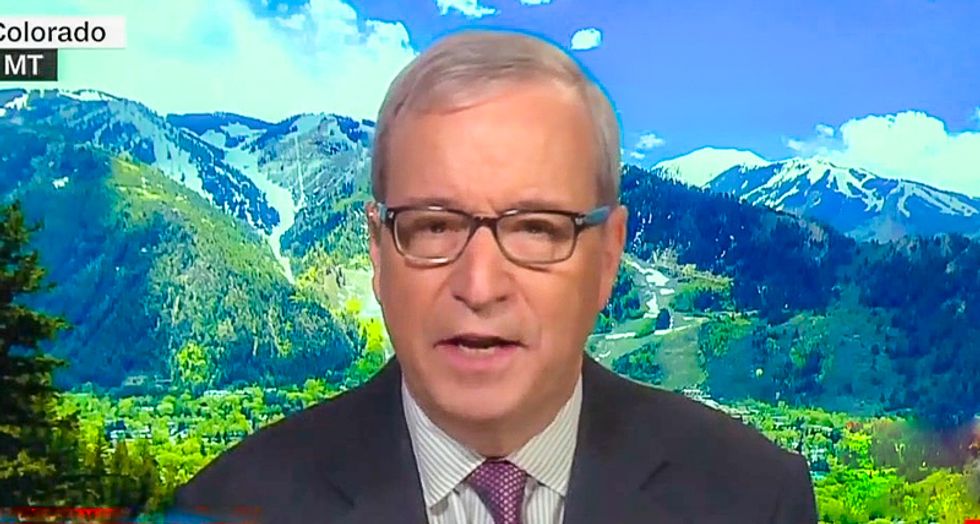 On Thursday's edition of CNN's "The Situation Room," contributor Ron Brownstein reacted with outrage to President Donald Trump's attempts to disown his supporters' racist chants of "Send Her Back!" regarding Rep. Ilhan Omar (D-MN) while at a rally in Greenville, North Carolina.

"I think if we focus on the president's maneuvering, and all he's doing today is the same two-step he did with [former Klan leader] David Duke and Jake Tapper back in 2016. He puts out the message, and then he tries to embroider a little deniability."

"But if we focus on his maneuvering, we lose the magnitude of how aberrant this is," continued Brownstein. "And I think the way to understand how aberrant this language is, the original 'Go back,' not to mention the 'Send Her Back' chant, is to imagine it, as I'm saying in any other context in American life. Imagine 20 high school juniors standing around a classmate in a hijab on a football field at a high school anywhere in America and saying 'Go back,' or chanting 'Send Her Back.' Or 20 people in a lunchroom surrounding an employee and chanting 'Go back,' or for that matter 20 soldiers doing the same thing. General Hertling, I asked him what would happen if that happened under his command, and he said they would be gone instantly."

"Just before I came on the air, I got an email from a senior executive at one of the leading U.S. business associations, who said to me, 'At major U.S. organizations and companies, we have strict policies and mandatory training programs against discrimination. It would be a fireable offense for any employee to say such inflammatory language to another employee.' I think we have to hear from the heads of Ford and GM, and Walmart, and Apple, and Exxon, and G.E., what would happen at their company if someone used this language at another employee, or if they used it as a CEO, how long would they be in that job?"

"This kind of thing gets normalized if people don't make clear how abnormal it is," Brownstein warned.