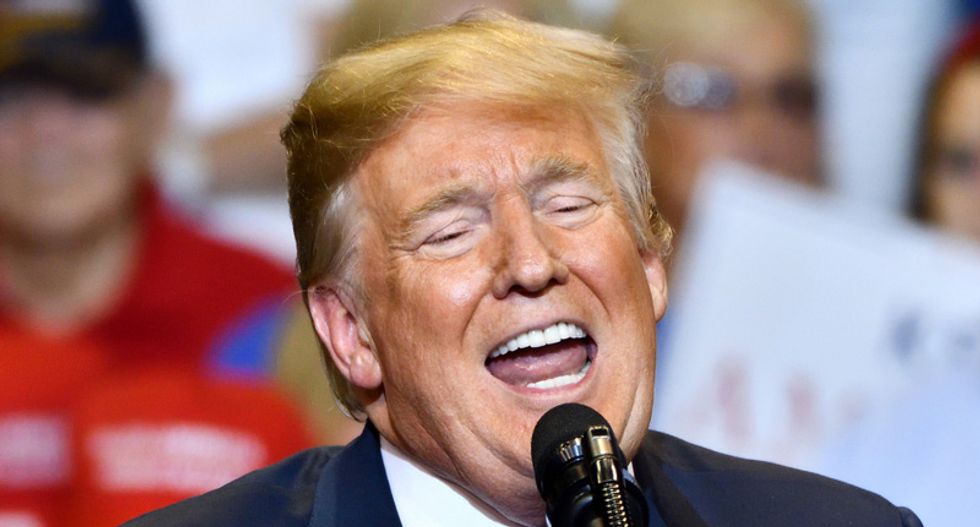 President Donald Trump's 2016 presidential campaign was largely based on fear. He regularly brought attention to the threat of terrorism and crime. But leading up to 2020, the President does not have the best material.

Writing in the Atlantic, Peter Beinart points out that the lead up to 2016 was marked by tragic events such as a mass shooting by a Muslim couple in San Bernardino. But while incidents of mass violence continue to occur with shocking frequency, the perpetrators aren't part of the demographics Trump has historically vilified, like Muslims and Latino immigrants.

Which leaves him increasingly having to manufacture new fears -- but the strategy has had diminishing returns.

"Now Trump has shifted his target from Central American asylum seekers to black, Latino, and Palestinian members of Congress," Beinart writes. "It’s not hard to grasp his strategy: He wants to make Omar, Tlaib, and Ocasio-Cortez, who are less popular than other prominent Democrats, the face of their party."

"He’s also making them symbols of a demographic shift that agitates and mobilizes his base," he continues.

"A 2016 study by political scientists at the University of California at Santa Barbara and Stanford found that telling white Americans that whites would become a racial minority in the United States by 2042 made some of them more likely to vote for Trump."

"But while “the squad” isn’t especially popular among voters, most Americans also dislike Trump’s attacks on these congresswomen. His racist jabs don’t appear to have boosted his approval ratings at all," Beinart says.

His bullying younger members of Congress doesn't appear to be succeeding. Here's why: "One reason may be that Trump is so clearly the aggressor. After San Bernardino, Orlando, and Dallas, he couched his authoritarian and bigoted statements as a response to violence. Now his foils are people of color who are merely opposing his agenda in Congress."

Beinart concludes that President Trump is nevertheless likely to continue upping his attacks.

"Given Trump’s success in 2016, it’s no surprise that he keeps trying to link Ilhan Omar to al-Qaeda. Politically, he needs to depict Muslims and people of color as not just wrong, but terrifying. Don’t be surprised if he invents more terrorist attacks between now and Election Day."