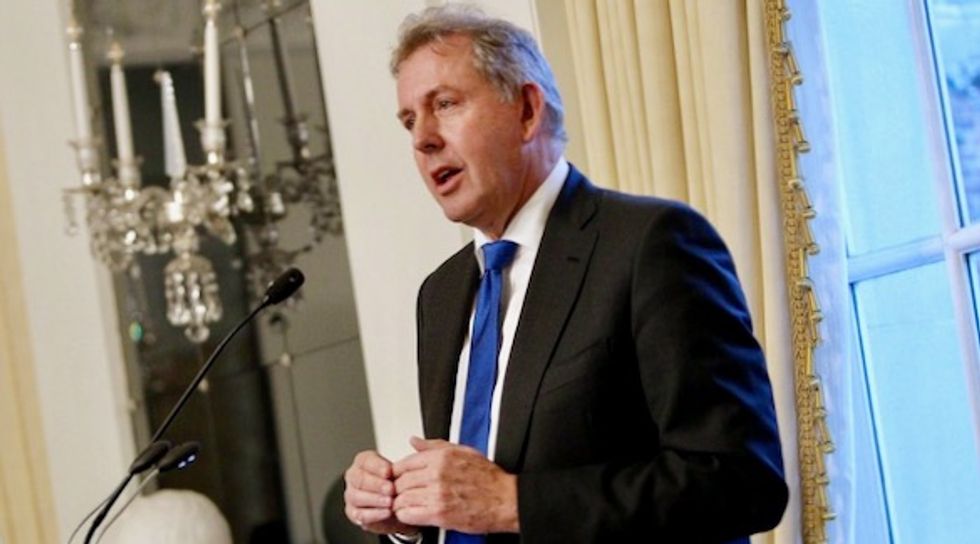 Britain’s ambassador to Washington resigned on Wednesday after Donald Trump labelled him “stupid” and “wacky” following the release of confidential memos from the envoy in which he branded the U.S. president’s administration inept.

Memos from Kim Darroch were leaked to a British Sunday newspaper, infuriating Trump  who launched a stinging Twitter attack on both the envoy and British Prime Minister Theresa May who had given him her full support.

The wacky Ambassador that the U.K. foisted upon the United States is not someone we are thrilled with, a very stupi… https://t.co/igTknqfBjQ
— Donald J. Trump (@Donald J. Trump)1562672885.0

“Since the leak of official documents from this Embassy there has been a great deal of speculation surrounding my position and the duration of my remaining term as ambassador,” Darroch wrote in his resignation letter.

“I want to put an end to that speculation,” he added. “The current situation is making it impossible for me to carry out my role as I would like.”

May told parliament after the resignation was announced that she had spoken to Darroch, who was due to leave his post anyway at the end of the year.

“I have told him it is a matter of great regret that he has felt it necessary to leave his position as ambassador to Washington,” she said.