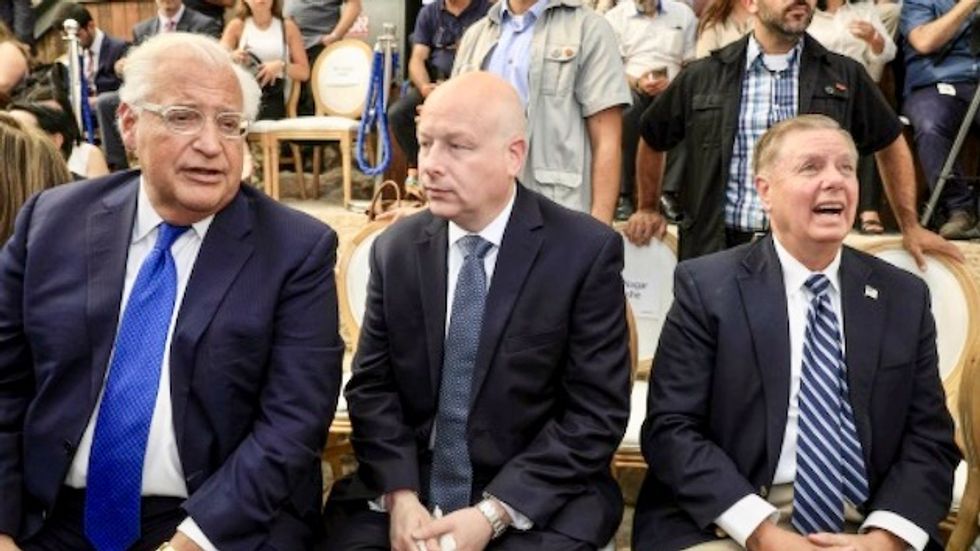 A senior Palestinian official Monday condemned the participation of US envoys in an event linked to Israeli settlers and scoffed at their account that it was for a new archaeology project.

US ambassador to Israel David Friedman and White House adviser Jason Greenblatt were among US officials attending the event organised by the City of David Foundation on Sunday night in Israeli-annexed east Jerusalem.

They helped open what organisers say is an ancient pilgrimage road, now underground in a tunnel, leading to the second Jewish temple some 2,000 years ago.

The tunnel, located in a highly sensitive area next to Jerusalem's Old City, passes underneath homes in the Palestinian neighbourhood of Silwan.

Palestinians and anti-occupation activists see it as another attempt by Israel to cement its control over mainly Palestinian east Jerusalem.

Saeb Erekat, the chief Palestinian negotiator, said he believed the tunnel was a project being used by Israeli rightwingers to further Israel's claim on east Jerusalem and advance settlement growth there.

"It has nothing to do with religion, it is fake," he told journalists at his office in Ramallah in the occupied West Bank.

One of the organisations, Peace Now, also says cracks emerged in multiple houses in Silwan after the digging began.

Erekat said: "It's a settlement project. It's based on a lie that has nothing to do with history.

Israel occupied east Jerusalem in the 1967 Six-Day War and later annexed it in a move never recognised by the international community.

It sees the entire city as its capital while the Palestinians see the eastern sector as the capital of their future state.

The attendance of Greenblatt and Friedman was a further break with decades of protocol in the disputed city by US President Donald Trump's administration.

They described the archaeological project as historic and further testament to the ancient Jewish presence in Jerusalem.

Israeli settlements in east Jerusalem and the West Bank are viewed as illegal under international law and major obstacles to peace since they are located on land the Palestinians see as part of their future state.

Israel says Palestinian violence, incitement and the intransigence of their leaders are the main reasons for the lack of progress in peace efforts.