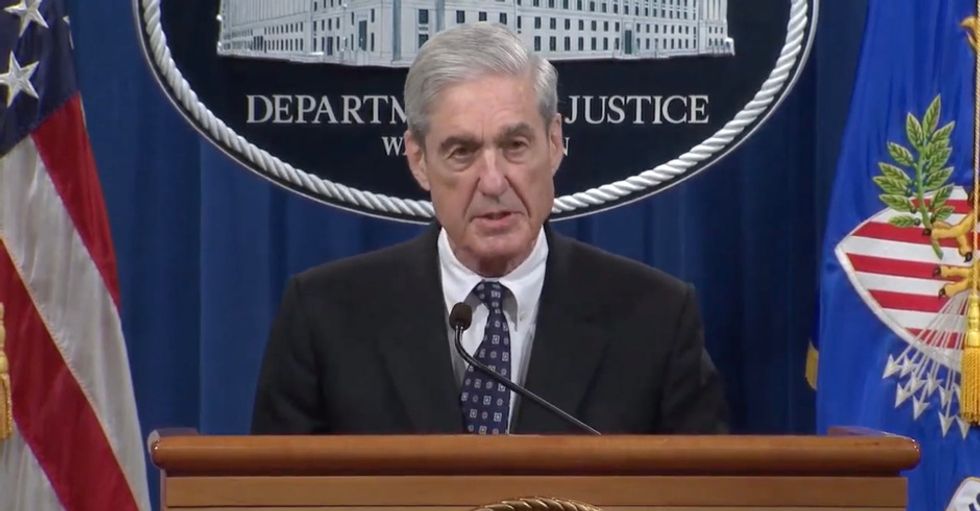 With former special counsel Robert Mueller set to testify publicly before the House Intelligence and Judiciary Committees about the findings of his investigation on Russian interference in the 2016 election, House Republicans who have spent weeks claiming that the report vindicates President Donald Trump are now reportedly plotting to derail the hearing.

According to Politico, GOP lawmakers will accuse him of anti-Trump bias, accuse him of taking part in an attempted "coup" against the president, and force him to answer questions about GOP conspiracy theories regarding FBI employees Peter Strzok and Lisa Page.

On Monday, former federal prosecutor Mimi Rocah expressed her outrage about this strategy, slamming it as "utter desperation" and vouching for Mueller's character:

Utter desperation. They know the facts in the report, believed & understood, should=the end of Trump. But they can’… https://t.co/cFuAKkPVCX
— Mimi Rocah (@Mimi Rocah) 1561986875.0

Mueller's report found that Trump's campaign was aware of and eager for Russian attacks on the electoral process, but did not find enough evidence to prove a criminal conspiracy. The report also documented some ten episodes in which the president may have committed obstruction of justice, but declined to make a final conclusion on the matter and referred it to Congress.

The president and his allies have repeatedly and falsely framed this finding as "no collusion, no obstruction" — a narrative that Mueller's public testimony is likely to contradict.