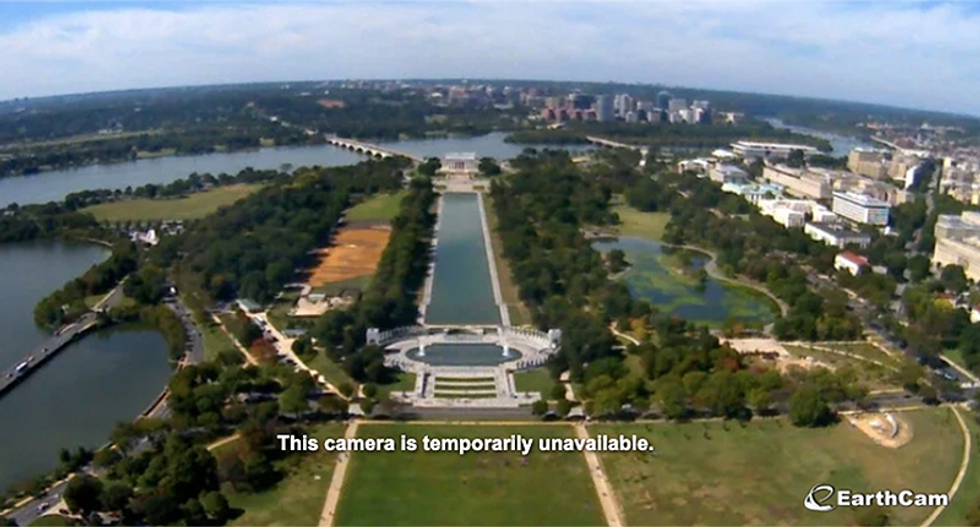 Viewers were suspicious after the live webcam of the National Mall disappeared on Thursday afternoon as President Donald Trump's Fourth of July rally was scheduled to begin.

According to the website, the camera is run in part by the National Parks Service and the National Stone, Sand and Gravel Association (NSSGA). It's unknown if the camera was turned off for security or other reasons, but they have been off for a while.

The internet was quick to devise conspiracy theories about the reasons for it.

I find it interesting that the cam was turned off to view the crowd on the National Mall today. On purpose or coinc… https://t.co/JEvnn8mas6
— Breeze Along (@Breeze Along) 1562275021.0