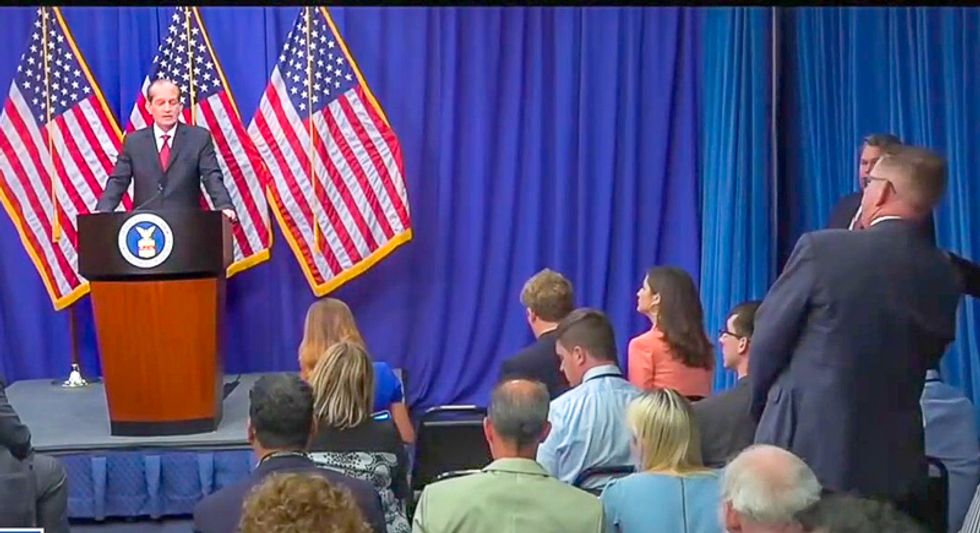 At a press conference, Labor Secretary Alex Acosta defended what has been called a "sweetheart plea deal" that let Epstein off with 13 months in county jail. Epstein has been accused of sexually molesting children as young as 14.

Acosta called on OAN's Neil McCabe, who wanted to know who else at the Department of Justice had reviewed the plea deal.

"Did you have any interaction with Robert Mueller at the time?" McCabe asked hopefully.

Acosta, however, disappointed the reporter.

"I do not have a full list of the individuals that reviewed this matter at main Justice," he explained. "I would refer you to the record. This was 12 years ago."