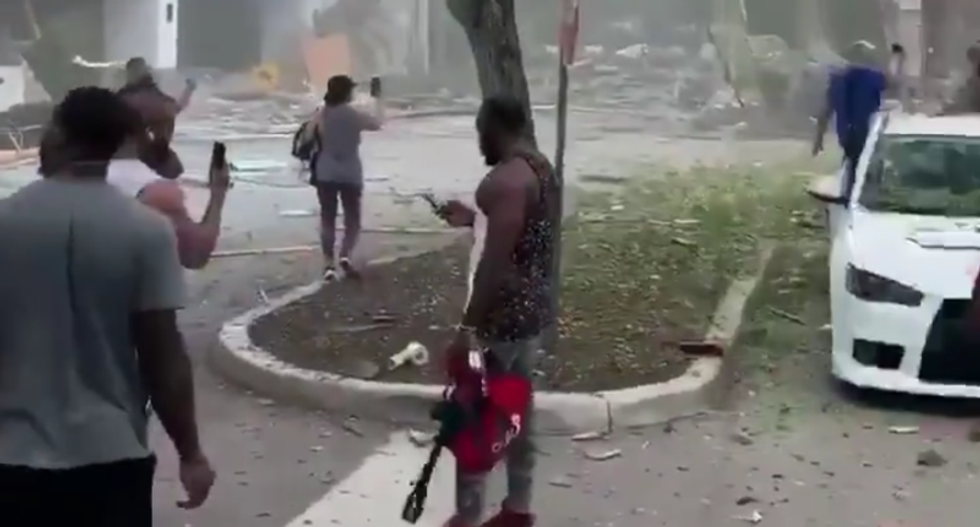 On Saturday, the city of Plantation, Florida was rocked by a colossal explosion at The Fountains shopping center, which authorities have alternately described as either a generator or a gas explosion.

Footage from inside the LA Fitness gym that anchors the shopping center showed horrified patrons evacuating and stepping around the wreckage of the front lobby:

Other footage shows locals wandering around rubble-strewn parking lots that look like a battlefield: