Watch Joy Reid’s epic correction of GOP strategist: ‘This is going to be a white nationalist reelection’ 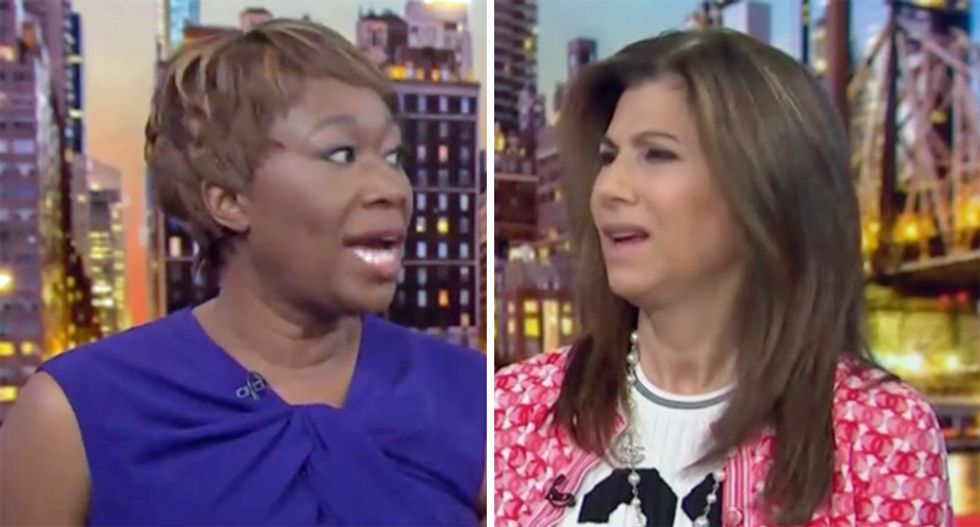 President Donald Trump will continue to attack the four young women of color in Congress known as The Squad, MSNBC anchor Joy Reid predicted on Friday.

"So Noelle, for Republicans, again the folks who were getting in touch with [Mike] Pence and saying 'make Trump stop doing this,' do they have to be ready now for the possibility Trump’s going to keep doing these rallies, he wants to run against these four congresswomen in particular, make them the face of the Democratic Party?" Kornacki asked. "If the crowd starts chanting again, 'send her back,' 'send them back,” doesn't stop, is this going to be a feature of Trump rallies from here through 2020?"

"Nobody can get a handle on Trump," Nikpour said. "I think you guys have been watching Trump long enough, along with the Republican Party, this is what Trump is."

Despite that, she didn't think the "send her back" chants would continue.

"I don’t think this is going to be a norm every rally with 'send her back, send her back.' 'Lock her up' was against Hillary Clinton and they were involved in a race. He is not running against all four of these," Nikpour argued.

"Donald Trump has decided to brand these four women as the enemy because they are immigrants. They are brown," Reid said. "Donald Trump is racist, it’s an easy trope for him."

"He is not going to stop," she predicted. "And what the Republican Party now has to face is Donald Trump is going to run an openly white nationalist reelection campaign -- full stop -- that is the plan."

"He is going to run on essentially saying this is a white country," she added.