WATCH: Maddow shows how Trump humiliated Jeff Sessions' right-hand-man the way he did to the ex-AG 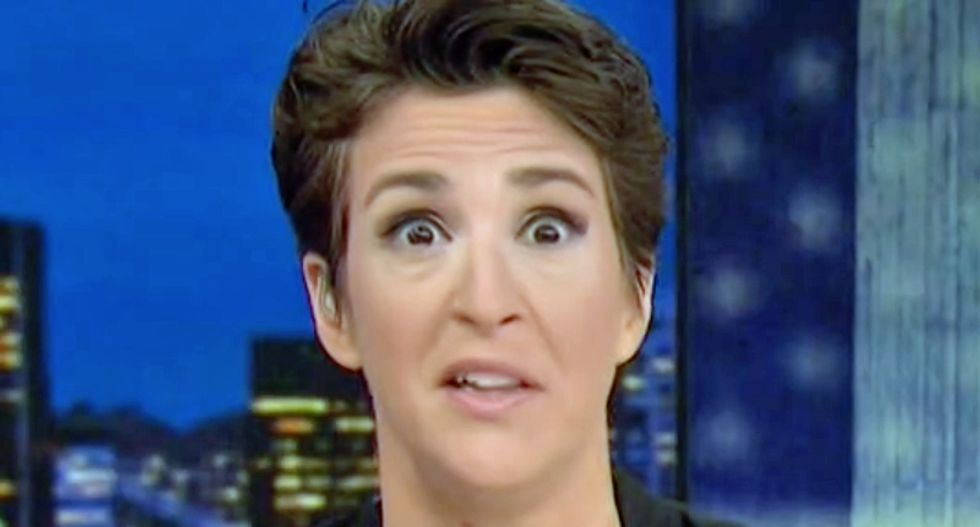 Former Attorney General Jeff Sessions was publicly humiliated on numerous occasions while serving in President Donald Trump's cabinet. From the reports, the interactions in private were just as bad if not worse. The man who sat beside Sessions was his chief of staff, Jody Hunt, who now serves as Assistant Attorney General for the Civil Division.

Today, Hunt should have known what was coming. According to MSNBC host Rachel Maddow, Hunt witnessed the humiliation up close and personal, yet that was he walked into Wednesday when he was forced to defend Trump in court.

"Jody hunt was there to see and hear and witness all of the crazy bleep that Trump demanded and expected from his Justice Department," Maddow recalled. "The chief of staff, what was chief of staff to Sessions. He was there for all of it and saw it all happen when Trump made the demands."

She recalled when Trump "implored and berated" Jeff Sessions for refusing to agree to his demands to fire special counsel Robert Mueller and lock up Hillary Clinton.

"Jody Hunt was there when Trump fired Sessions for the crime of not doing what the president wanted," she continued. "Now Jeff Sessions, of course, is gone as attorney general and incidentally Trump said he is much happier with his new guy. He is getting much more of what he wants. ... Jody Hunt today showed what he has learned over these past couple of years from that front row seat he had to the session dynamic."

Today Hunt joined on the phone with a 16-year veteran of the Department of Justice, who is being forced to defend Trump's defiance of the decision by the U.S. Supreme Court, while he's on vacation.

"The head of the civil division, Jeff Sessions's recent chief of staff has seen what happens to senior Justice Department officials in the Trump administration when they don't give Trump what he wants no matter what it is," Maddow went on. "So, you have the trial attorney phoning in from vacation and the head of the civil division phoning in himself because that guy knows what you are supposed to do because the president yelled jump. That guy, of all people, knows that the answer when the president says jump is how high, sir? How high?"

So, he sat on the phone with U.S. District Judge George Hazel, who gave his best effort at being understanding about the awkward position Trump was putting the lawyers in.

Watch Maddow's take and dramatic reading of the judge's statements below: