Watch: Mueller blows up Trump’s lies with just one word 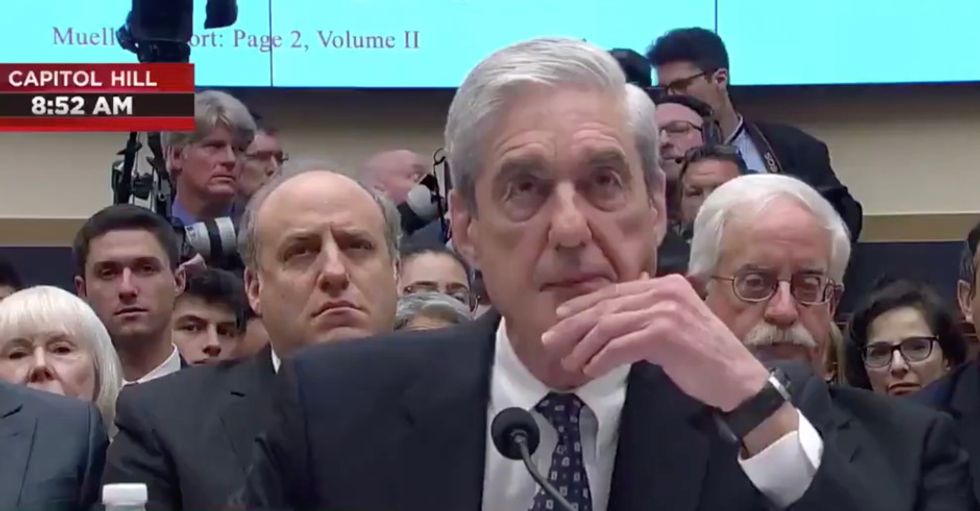 "Did you actually totally exonerate the president?" Chairman Nadler asked.

Mueller went on later to say, “The president was not exculpated for the acts that he allegedly committed.”

Exculpated definition: "show or declare that (someone) is not guilty of wrongdoing."