WATCH: Schumer angrily blasts Trump for ‘one of the worst few days’ in American diplomatic history 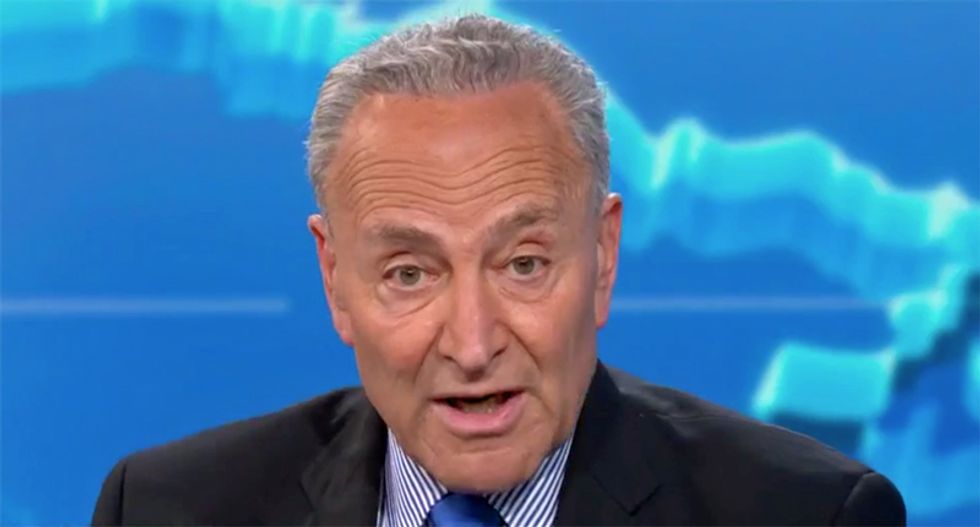 "Why do you think he treats dictators one way and our oldest allies another?" Cooper asked.

"Well, he admires these strong men. he doesn't have principles about what rule of law is, what a democracy is," Schumer argued.

"You know, Anderson, this was one of the worst few days in American foreign policy in American diplomatic history," he continued. "Praising dictators, messing up foreign policy left and right, what he did in North Korea giving Kim Jong-un what he wanted and getting nothing, absolutely nothing in return."

"His foreign policy is erratic, it's done for the moment so he can get his little ego hit and it hurts us, hurts us in the long run," Schumer said.

"It's reality show foreign policy, he wants the photo op, he wants that little hit," he said. "He has no strategy, no long-range sense where to go, what to do."

"If anyone thinks this doesn't hurt America in the short term, in the long run, they are sadly mistaken," Schumer warned.