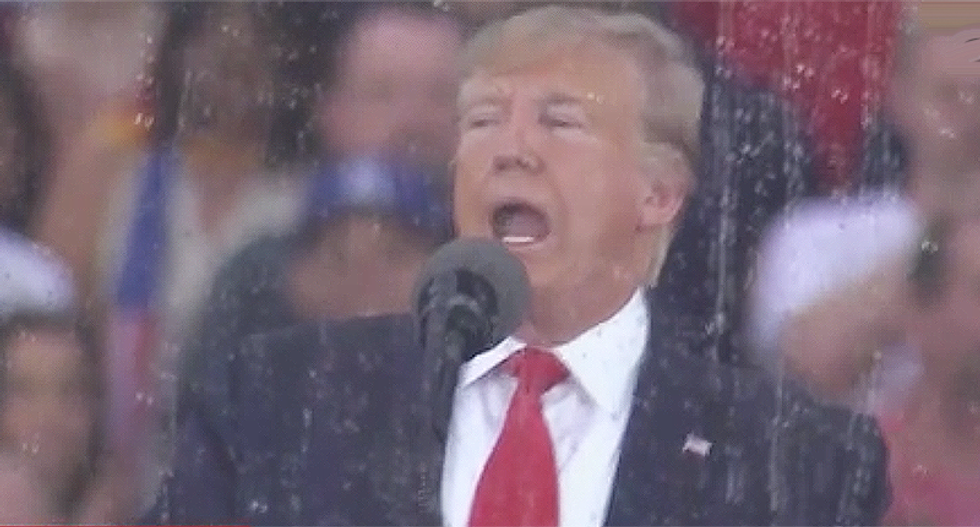 President Donald Trump appeared to stumble while reading his Fourth of July rally speech Thursday. When talking about the Revolutionary War, he talked about the successes of the U.S. Army closing the airports.

"In June of 1775 the Continental Congress created a unified Army out of the Revolutionary Forces encamped around Boston and New York, and named after the great George Washington, commander in chief," Trump read in his speech. "The Continental Army suffered a bitter winter at Valley Forge, found glory across the waters of the Delaware and seized victory from Cornwallis at Yorktown. Our Army manned the air, it rammed the ramparts, it took over airports, it did everything it had to do and at Ft. McHenry under the rocket's red glare had nothing but victory. When dawn came, the star-spangled banner waved defiant."

In 1775 there were no aircraft nor were there airports.