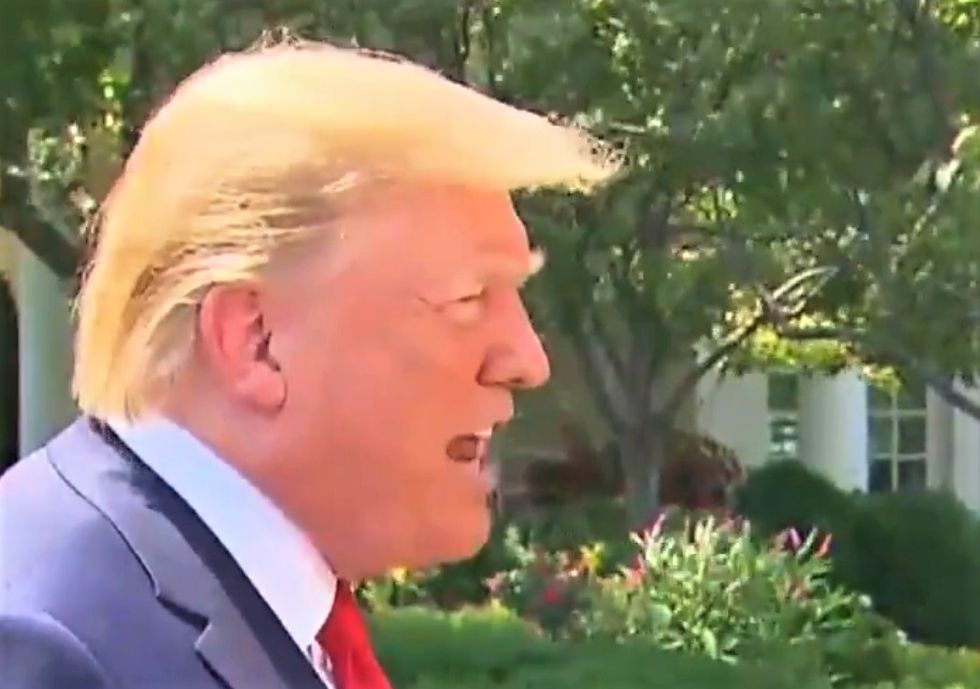 President Donald Trump on Tuesday grew visibly angry after a reporter informed him that a recent poll showed that the vast majority of black Americans believe he is a racist.

The president responded by blaming the reporter.