WATCH: Trump lashes out at Fox News' John Roberts for covering a protester who interrupted his speech 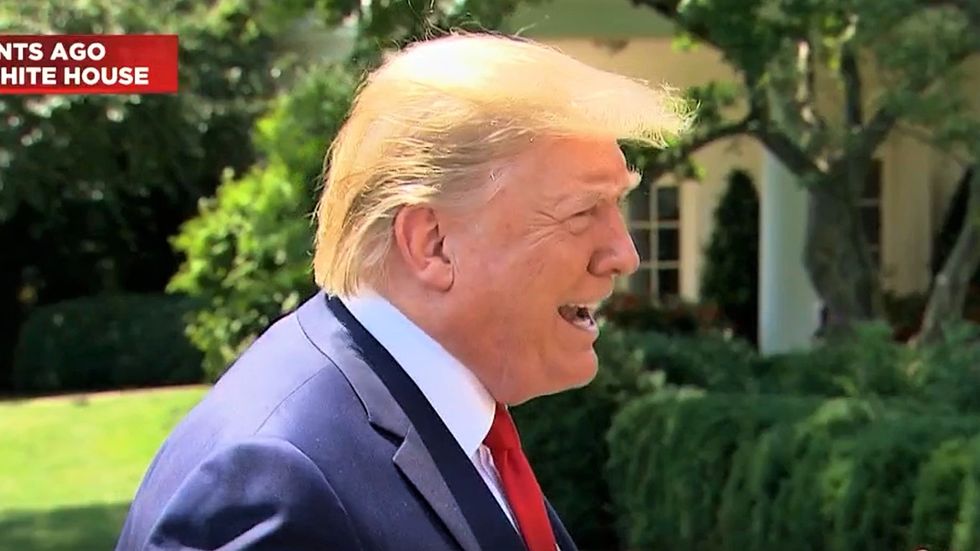 President Donald Trump on Tuesday lashed out at Fox News reporter John Roberts after his network supposedly gave too much attention to a protester who interrupted the president's speech in Virginia.

While talking with a gaggle of reporters, the president called out Roberts for focusing too much on a protester who held up a sign that read "Deport hate" during his speech while shouting, "Mr. President, you can't send us back, Virginia is our home!"

"You gave the protester 100 percent of the time!" the president complained. "And I don't care about coverage, the last thing I need is coverage. But listen, John -- 100 percent, not one word of the speech. And, you know, we were there about the speech."

Trump went on to say that the protester "didn't look so good to me" and complained that Roberts nonetheless "gave him 100 percent."

"You know what? That's okay," the president said sarcastically to Roberts. "You often do that, that's okay."