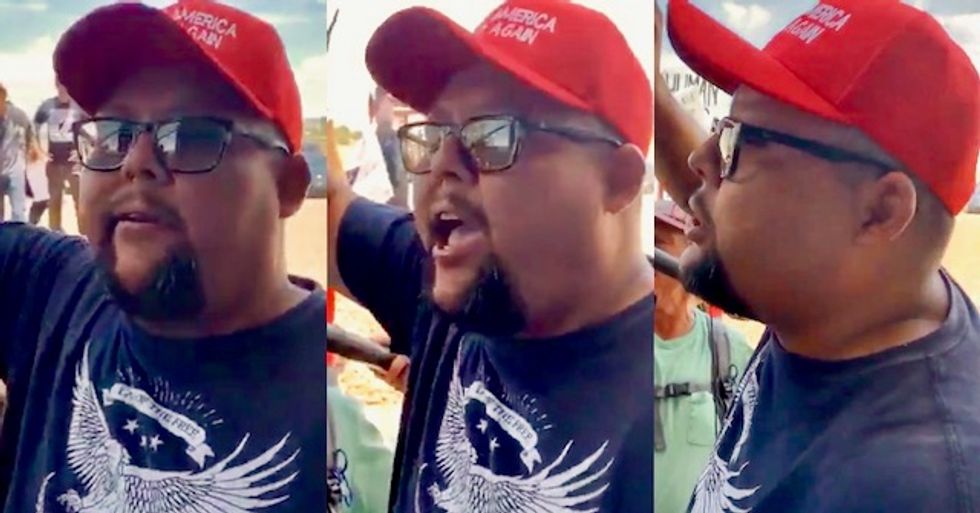 A MAGA hat-wearing man outside a Clint, Texas federal government migrant concentration camp screamed a vulgarity at Congresswoman Alexandria Ocasio-Cortez as she walked into the facility Monday afternoon.

"You disgusting piece of shit," he yelled, as he held up his camera phone apparently filming her.

"Piece of shit Ocasio," he screamed, as award-winning photographer Ivan Pierre Aguirre captured on video and posted to Twitter. "Do your job! Do your job Ocasio, you piece of shit."

He also appeared to say "Do something about the voter," or "about the border," but it was unclear.

Earlier Rep. Ocasio-Cortez spoke to reporters and tweeted out that in one CBP facility in Texas she had just visited people were being told to drink out of the toilets in front of members of Congress, and the CBP officers were laughing. One detainee told her it felt like "psychological warfare."