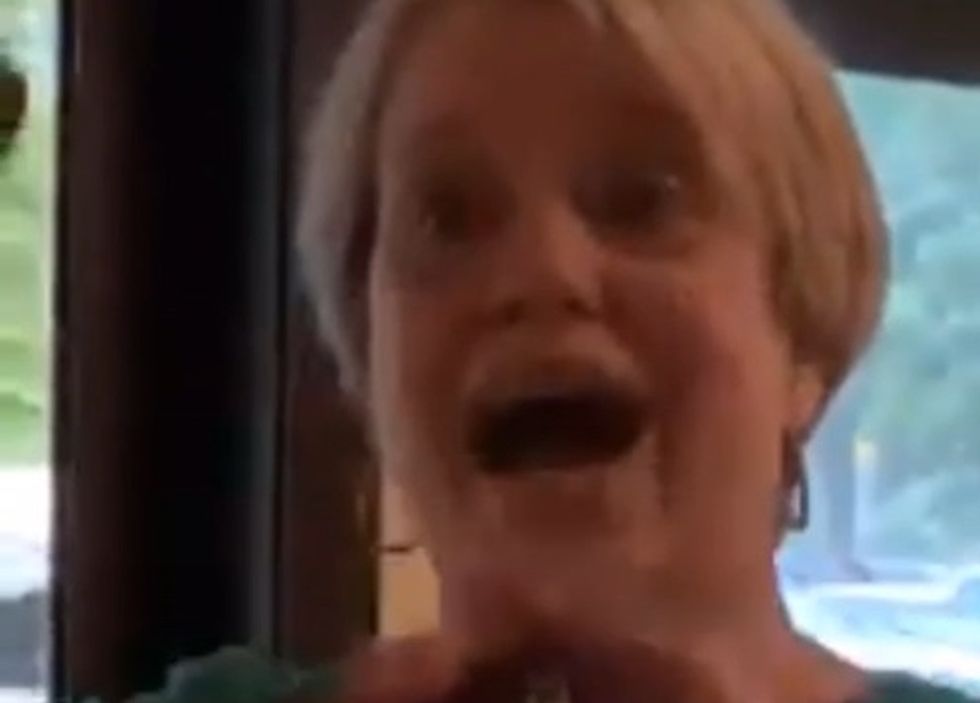 A white woman was recently caught on camera calling a group of black women the N-word, just seconds after she had talked about all the black friends she had.

Twitter user @Zoewattson this week posted a video showing the woman's racist tirade against a group of black women -- one of whom she described as being "one of my friend's moms."

The video begins by showing the white woman having some kind of confrontation with a group of black women while they're sitting down at a restaurant.

The white woman tells the women that, "I have really good friends that are black and I love them."

One of the women then questions why the white woman is talking about her black friends and points out that "we never said anything about color."

The white woman then tells the women that they're "too loud" -- and then walks away while saying, "You're so stupid, n*gger."

As she walked away, one of the women at the table dared her to call one of her black friends the N-word.