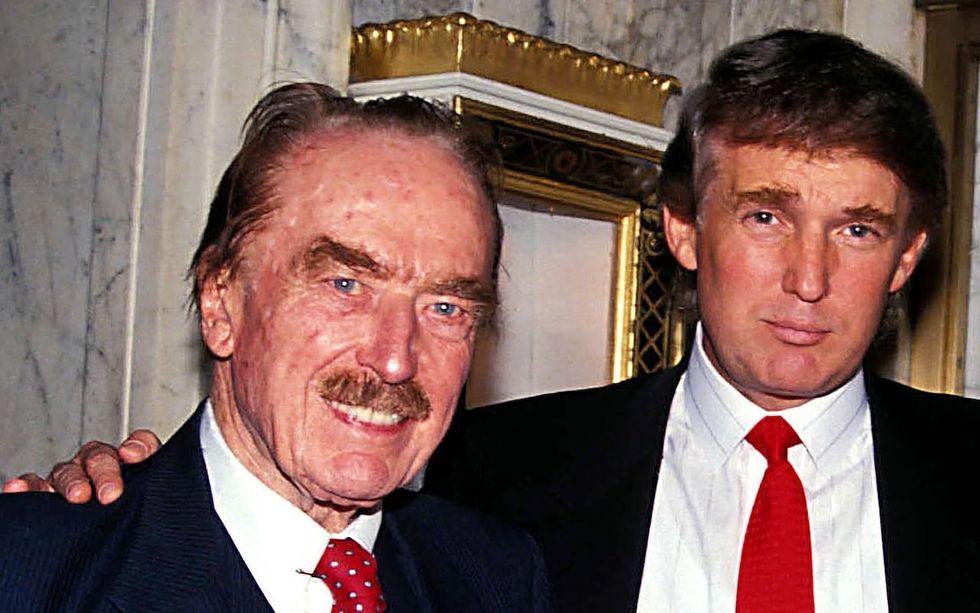 President Donald Trump often cites his superior intelligence -- even though former administration officials, who grew frustrated with the tribulations of the Trump White House, have publicly accused the president of being dangerously uninformed and disorganized.

For example, the president and Rex Tillerson, Trump's former Secretary of State, once argued over which one was "dumber than a rock."

Trump has also cited his Wharton degree as proof of "super genius stuff." On Monday, the Washington Post reported that an admission officer recalls that Trump's entry into the school was not, on its own, a sign of genius. In fact, a young Trump was able to get an interview through his family connections.

"James Nolan was working in the University of Pennsylvania’s admissions office in 1966 when he got a phone call from one of his closest friends, Fred Trump Jr." The Post reports. "It was a plea to help Fred’s younger brother, Donald Trump, get into Penn’s Wharton School."

“'He called me and said, ‘You remember my brother Donald?’ Which I didn’t,” Nolan, 81, said in an interview with The Washington Post. “He said, ‘He’s at Fordham and he would like to transfer to Wharton. Will you interview him?’ I was happy to do that.”'

The Post further reported that Trump's father, Fred, came with him.

"Soon, Donald Trump arrived at Penn for the interview, accompanied by his father, Fred Trump Sr., who sought to “ingratiate” himself, Nolan said."

"While Nolan can’t say whether his role was decisive, it was one of a string of circumstances in which Trump had a fortuitous connection, including the inheritance from his father that enabled him to build his real estate business, and a diagnosis of bone spurs that provided a medical exemption from the military by a doctor who, according to the New York Times, rented his office from Fred Trump Sr," the Post wrote.

And Nolan does not recall being particularly impressed by Trump's intellect.

"I certainly was not struck by any sense that I’m sitting before a genius," he told the Post. "Certainly not a super genius.”