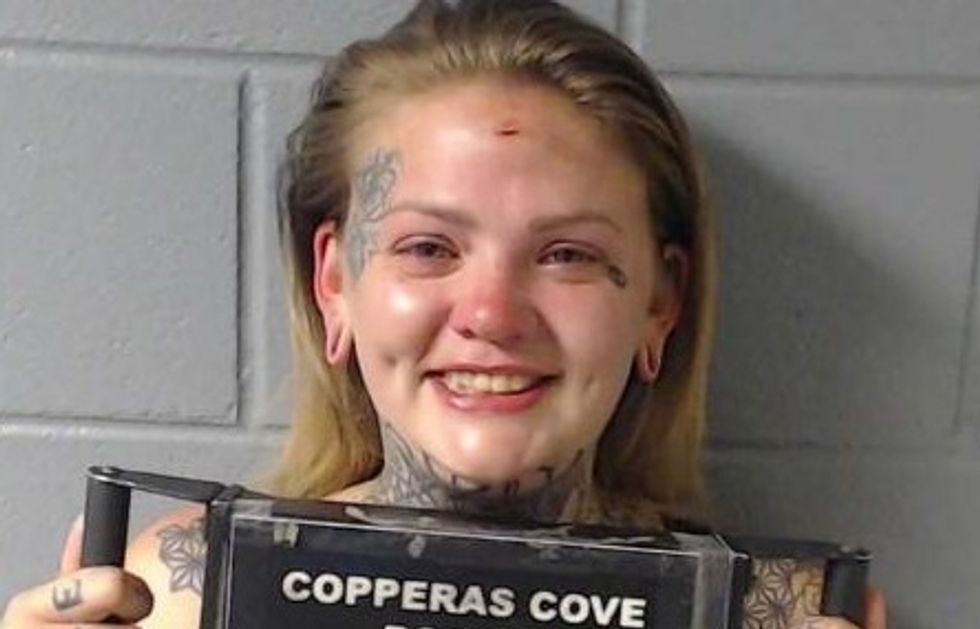 A Texas woman this week was arrested after she left her infant daughter in a running car and then went into a nearby bar to drink.

Local news station KBTX reports that 26-year-old Samantha Grace Vaughan abandoned her infant daughter in the backseat of her car and then went into a local nightclub to down shots.

After police officers discovered the baby in the car, they soon discovered Vaughan inside the Trackside Night Club, where she told police that she only had two shots. However, a breath test revealed that her blood alcohol level at the time was 0.148, which is nearly twice the legal limit for driving in Texas.

When police moved to take her into custody, she grew belligerent and started yelling racial slurs.

"You will not take my child and place her with a f*cking n*gger!" the woman yelled, according to the police affidavit. The affidavit also says that Vaughan "continued to thrash her body around... yell and throw herself about" even after she was finished yelling racial slurs.

She was subsequently arrested and charged with abandoning/endangering a child with intent to return.