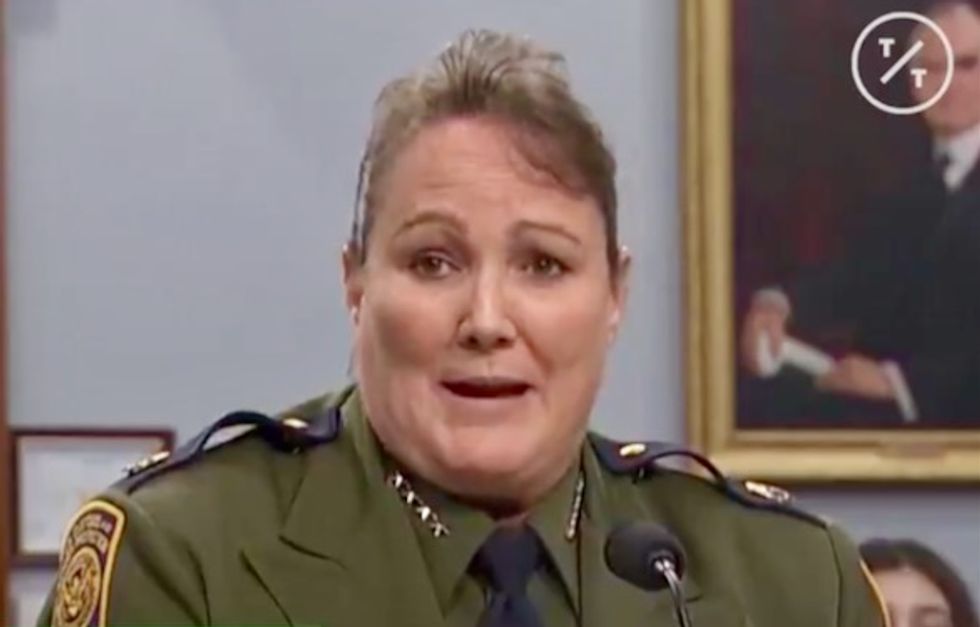 The letter stated, in part:

Ms. Provost was a willing participant in a secret Facebook group used by employees of her agency to share [contemptible] and atrocious commentary that stokes racist and xenophobic tropes that have no place in private, much less in public service. The Facebook group, originally known as “I’m 10-15,” generated content that joked about migrant deaths and throwing burritos at Members of Congress, and even went so far as to make sexually violent and threatening statements about female members of Congress who came to the border to inspect the conditions at detention centers. We worry this content impugns the character of the U.S. Border Patrol as a whole.

The letter presented that since Provost was responsible for disciplining her own employees, she should be held equally responsible for stepping down as a promise of accountability. The signatories demanded her immediate resignation.

The wrongful detention of American citizens by @ICEgov is inexcusable, and our community won't stand for it.… https://t.co/B6Jm5Sxn2R
— Rep. Pete Aguilar (@Rep. Pete Aguilar) 1564091371.0