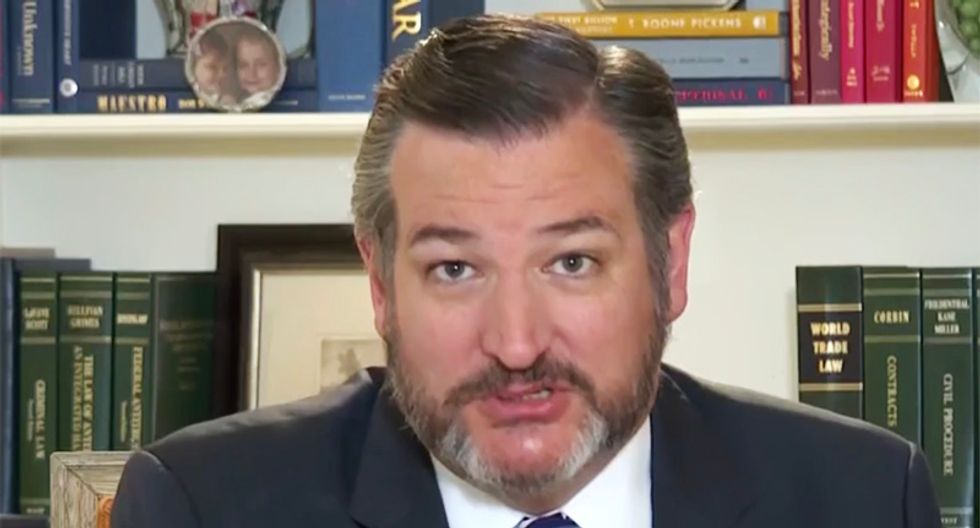 CNN host Jim Sciutto and Poppy Harlow revealed on Monday that 49 Republican lawmakers had declined requests to speak on camera about the mass shootings in El Paso, Texas and Dayton, Ohio.

"The silence from many Republican lawmakers is deafening," Harlow said. "It’s one thing to tweet but it’s another thing to act. Jim, we have one joining us on the show but we put like 50 requests out."

Read the names and watch the video below. 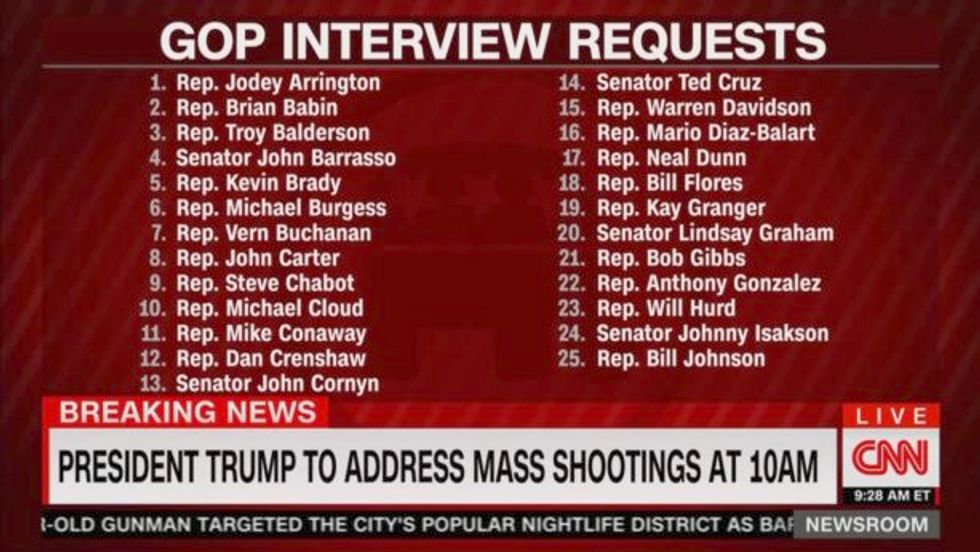 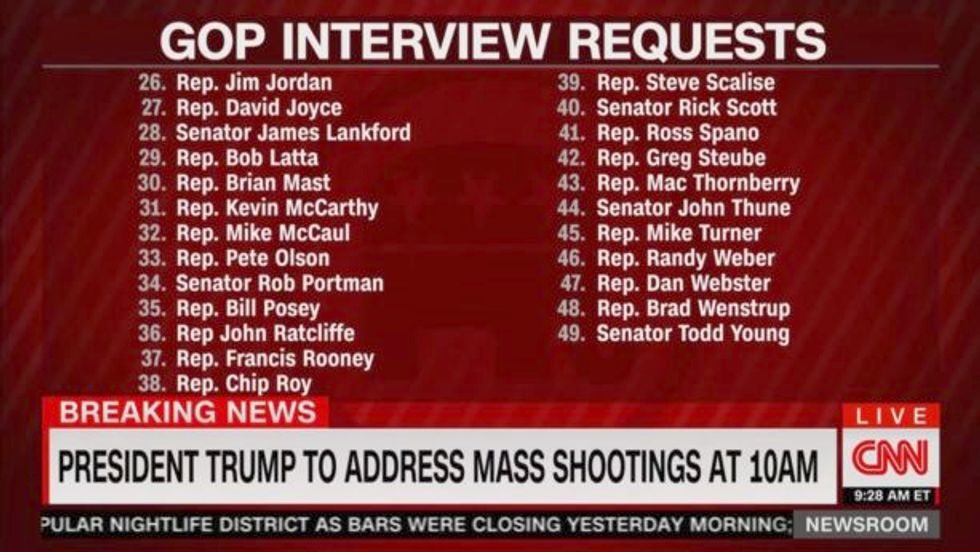