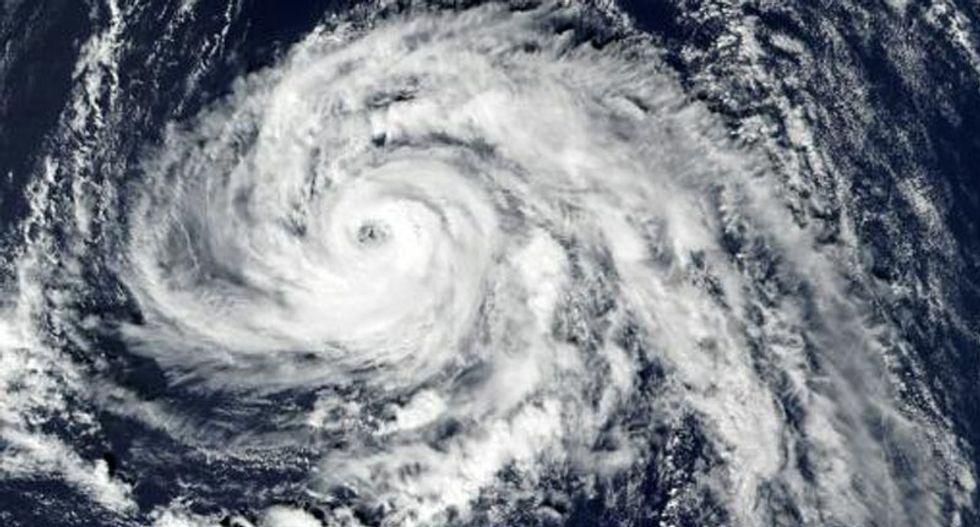 President Donald Trump has reportedly suggested on more than one occasion that the US military explode nuclear bombs inside hurricanes to disrupt them before they reach land.

As reported in National Geographic, this is not the first time a suggestion like this has been made – although Trump now denies having said it.

On the surface, it would seem like a simple solution to the devastation that occurs in the US each year during the hurricane season. However, there are several problems with this idea.

What is a hurricane?

Hurricanes are low-pressure weather systems covering an area of more than 500,000km². They form over warm tropical oceans, which are their primary energy source. The low pressure at the centre of the hurricane – the eye – draws in the surrounding warm, moist air. This air then rises and condenses into deep thunderstorm clouds surrounding the centre – the eyewall – and also in cloud bands spiralling out from the eye called rainbands.

As the air is pulled into the eye, Earth’s rotation causes it to spin cyclonically – anticlockwise in the northern hemisphere and clockwise in the southern hemisphere. The continuous supply of air into the deep thunderstorms surrounding the eye allows the hurricane to intensify until it reaches a steady state of equilibrium with the oceans and the environment.

Would a nuclear bomb put a dent in a hurricane?

The average hurricane can be likened to a very inefficient heat engine. As the warm moist air rises, it releases heat energy through the formation of clouds and rain at a rate of about 5.2 x 10¹⁹ joules per day. Less than 10% of this heat is then converted into the mechanical energy of the wind.

To give some perspective of this energy, the heat released in a hurricane is equivalent to a 10-megatonne nuclear bomb exploding every hour. This energy is also on the order of the global energy consumption in 2016, according to the United States Energy Information Agency.

It seems unlikely that exploding a bomb in the hurricane would make much impact on such a powerful weather system, and it is impossible to run controlled experiments to determine whether it would.

Not to mention that there could be shocking effects from the fallout of radioactive material from such an explosion. These materials would be transported widely via the trade winds through the lower levels of the atmosphere, and potentially around the entire planet in the stratosphere - similar to the effects from the volcanic fallout from Mount Pinatubo in the Philippines in 1991.

Have people tried to stop hurricanes before?

There have been previous attempts to modify the impacts of hurricanes. Between 1962 and 1983 the US government funded experimental research on hurricane modification known as Project STORMFURY. The fundamental premise was, because the potential of damage from hurricanes increases rapidly with the hurricane’s wind speed, a reduction in wind speed of as little as 10% could make a large difference in the impacts when hurricanes reach land. By seeding the air outside the eyewall with silver iodide, a chemical used to seed clouds, it was thought a new ring of thunderstorms may develop outside the eyewall – robbing it of energy and weakening the hurricane.

Modification was attempted in four hurricanes on eight different days. On four of those days, a 10-30% reduction in wind speed was measured. The lack of response on the other fours days was initially interpreted to be the result of faulty execution of the experiment, but was later attributed to an imperfect understanding of the microphysics of clouds in hurricanes.

Recent observations show hurricanes have too many naturally occurring ice crystals and too few supercooled water droplets for cloud seeding to be effective. So any change in hurricane wind speed observed during the STORMFURY experiments was almost certainly due to the natural behaviour of hurricanes rather than human intervention.

Although Project STORMFURY was abandoned, the hurricane observation program is still run under the Hurricane Research Division of the National Oceanic and Atmospheric Administration (NOAA). The original aircraft used in Project STORMFURY were replaced in the 1970s by WP-3D aircraft, which still reside under NOAA and are operated by its officers.

Hurricanes to deliver a bigger punch to coasts

The observations collected by these aircraft continuously over a period of more than 60 years has helped improve hurricane forecasting. Furthermore, these observations have allowed researchers to develop vital insights into the structure, intensity, and physical processes of this most destructive of natural phenomena.