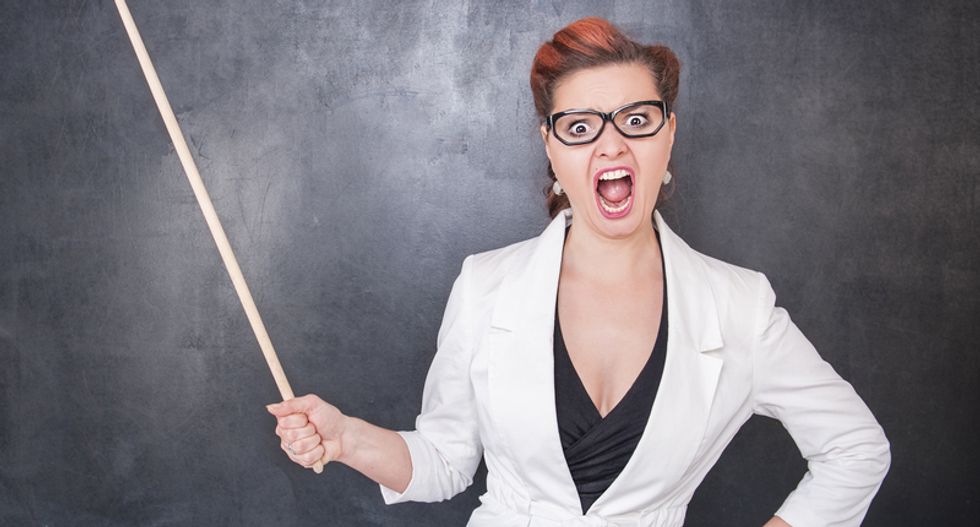 Seattle teachers are outraged and calling out one of their colleagues for "racial bias" after a white teacher called the police on a young black student.

"In early May, a teacher at Van Asselt Elementary School in Seattle called the police. She told the dispatcher who answered that a fifth-grader threatened to beat her up," the Seattle Times reports. "The student is black, she said, between 10 and 11 years old, an inch shy of 5 feet tall. No weapons. The teacher, age 27, was white."

The newspaper reports, "The visit from police cast a 'heavy' mood over the school, which is 40% black, teacher Megan Isakson said."

A redacted copy of the police report was posted by the group For Racial Justice in Seattle Schools.

"Those of us who understand that bias has the potential to be deadly also understand this teacher's whiteness put this young man's life in danger," the group argued. "This must be addressed and the system must shift and be held accountable."

Jimmy Hung, who heads the Juvenile Division of the King County Prosecutor’s Office, explained how much things have changed with how schools rely on police.

“Our American culture and society have become too reliant on our criminal-justice system being the means of accountability,” Hung said. “When I was younger, if I was being stupid, the adults handled it, the schools handled it, and there wasn’t the idea that the police would be called.”