After getting caught having sex with former congregants, Franklin Graham's nephew launches new church based on 'redemption' 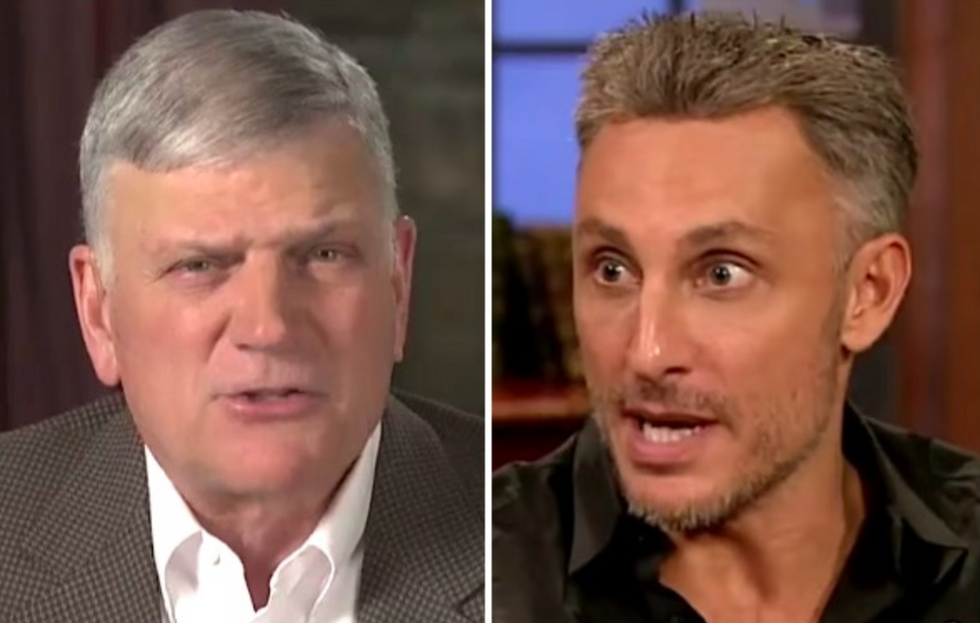 Tullian Tchividjian insists that when he had extra-marital affairs with congregants at his former church, they were "consensual" and not an abuse of power. Nevertheless, he's getting a second shot with the upcoming launch of his new church in Palm Beach Gardens, Florida, The Christian Post reports.

“I don’t care what role a person has, a consensual relationship between two adults is not abuse. And some of these people will try to make the case that, ‘Well, because you’re in a position of authority, it is abuse,’” Tchividjian, who is the nephew of evangelical figurehead Franklin Graham and the grandson of famed evangelist Billy Graham, told the Palm Beach Post this weekend. “And I’ll go, ‘OK I can see how that has been and can be used by people in those positions.’ ... [But] that just was not true for me. I was not abusing my authoritative role to try and find women.”

The opening of the new church, named The Sanctuary, will mark the first time Tchividjian returns to the pulpit after he resigned in June 2015 as senior pastor of Coral Ridge Presbyterian Church in northern Fort Lauderdale.

Tchividjian was forced to resign because he violated a morality contract by having an extramarital affair, according to a filing in his divorce case. But the woman who said she was involved in the affair ... call it pastoral abuse and sexual misconduct.

Tchividjian is marketing his new church as a "safe place for broken people to break down and for fallen people to fall down."

The former congregant who accused Tchividjian of sexual abuse, Rachel Steele, said that while Tchividjian has been allowed to move on and reinvent himself, she's been having difficulty putting her life back together after being ostracized.

“The loss of my faith hurts and you can’t get that back,” she said, adding that she's sickened at the thought of him leading another church.

“Some people think that I should just shut up and crawl in a cave and never come out because I’m not qualified to be leading spiritually in any way because of everything that I went through and everything that I did,” he said. “Other people champion it because they go, ‘It’s about time that churches are led by people who know what it feels like to, you know, fall on their face and be in the gutter.’”

Meanwhile, Steele is still waiting for an apology.

“Repentance, the biblical word, means to turn around, to change direction,” she said. “He’s been going in one direction.”