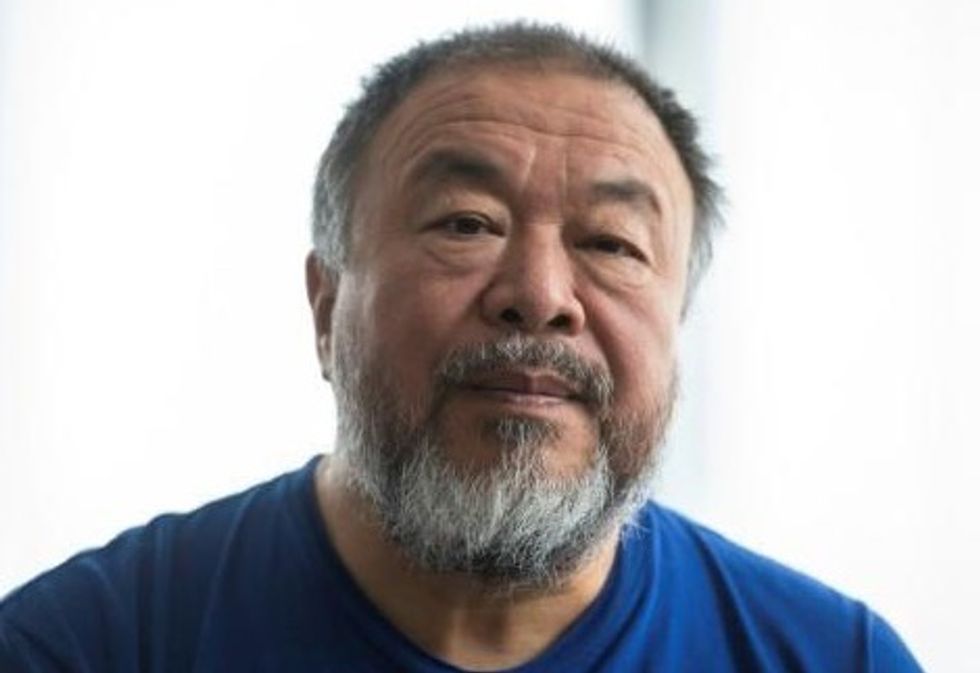 Watching the Hong Kong protests from afar, Chinese dissident-artist Ai Weiwei fears the worst, warning of a repeat of the 1989 Tiananmen Square crackdown in Beijing.

"I don't think any prediction is too big," the 61-year-old told AFP in an interview in his Berlin studio.

China "is a society which sacrifices anything to maintain its control," he warned.

"In 1989, the whole world was watching and the tanks crushed the students, ... a peaceful demonstration."

Ai's bleak warning comes after two months of protests that have turned increasingly violent, and as Beijing has massed security forces nearby on the mainland in a show of force.

Although most analysts consider a full-blown crackdown unlikely, fears of worse to come have hovered over the former British colony that was returned to China in 1997.

Ai, a long-time and outspoken government critic, says he has no illusions that Beijing values order above all else.

"There is no other way, they can't talk about the situation or negotiate. That's not a skill they have. All they have is the military and the police."

Ai, China's best known modern artist around the world, once helped design Beijing's Bird's Nest Olympic stadium, but later found himself at the receiving end of the state's wrath.

The New York-trained artist had confronted authorities especially after the 2008 Sichuan earthquake, charging that corruption and shoddily built state school buildings had heightened the death toll.

Ai was detained for 81 days in 2011 amid a crackdown on dissent. His passport was confiscated and only returned to him in 2015, after which he moved to Berlin.

"I share their frustration," he said about the Hong Kong protesters. "I see myself as one of them, and I see them as part of me.

"As a victim of the Chinese authoritarian state, I have been secretly detained, I've been beaten, I have been put in jail, nobody knew where ... so what am I gonna say?"

What the Hong Kong protesters are doing "is perfectly right", he argued.

"They should defend 'one country, two systems'. They should not let Hong Kong's freedom disappear. And the only way they can do that is to keep fighting."

From his Berlin base, a sweeping studio complex in a former brewery, Ai, also a documentary film-maker, weeks ago deployed a camera crew to the Hong Kong unrest.

Since then, he said, he has witnessed the situation get "worse and worse, because the people are so frustrated", while police started using tear gas and batons.

"Hong Kong students never experienced a situation like that," Ai said. "The demonstrators, most of them are born since the 90s, they never knew Hong Kong would have this kind of situation."

Ai also took aim at Western countries, charging that too many are scared to stand up to Beijing and endanger their commercial interests.

"Western countries want to take advantage of China ... the factory of the world," he said, describing it as a country with "no human rights, no regulations on working conditions, no environmental concerns".

"So they shy away from talking about human rights, and I disagree with them," said the artist.

"I think it is very short-sighted, I think this is a suicide game they are playing. Because they have to see humanity and the human condition as one."

Hong Kong democracy activist Joshua Wong, in a similar vein, told Germany's Bild daily that he did "not understand how Germany, as part of the free world, can cooperate with China in this way".

Wong called on Chancellor Angela Merkel "to send a clear signal to President Xi (Jinping) not to send troops to Hong Kong and to give Hong Kong the right to free elections".