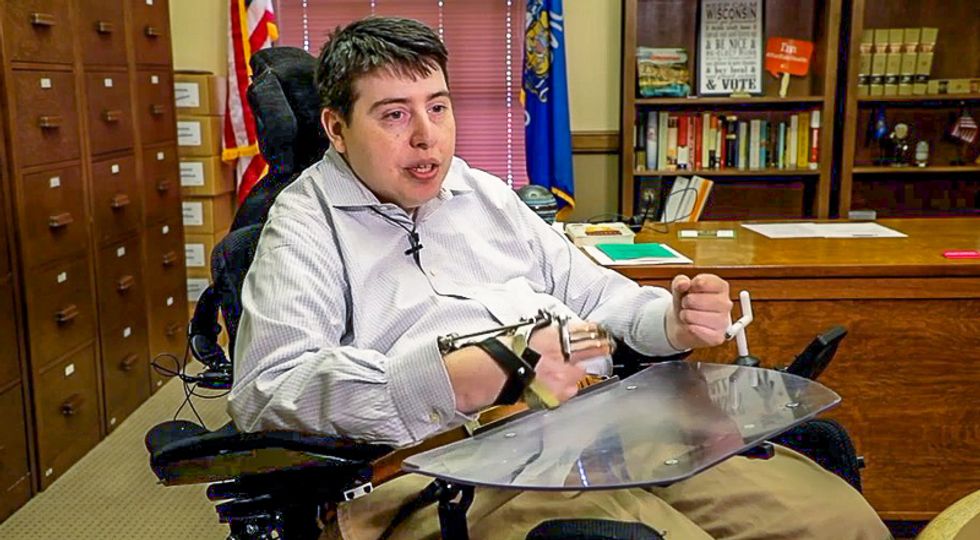 Wisconsin Republican lawmakers have declined to sign a letter urging state Assembly's leader to permit a paralyzed Democratic colleague to call into meetings when necessary.

The Milwaukee Journal Sentinel reported on Wednesday that all 36 Democratic members of the Assembly had signed a letter to Assembly Speaker Robin Vos asking for reasonable accommodation for Rep. Jimmy Anderson (D), who was paralyzed from the chest down after being hit by a drunken driver in 2010.

"It costs the state nothing and only asks for those in power to be considerate of Representative Anderson's disability," the letter states.

The letter also asks the Assembly's leader to refrain from overnight sessions except in cases of a true emergency.

"On Aug. 8, Anderson sent an email to all Assembly lawmakers seeking their signature on the letter by Monday," according to the paper. "An aide to Anderson said Wednesday no Republicans had signed the letter by the deadline or replied with questions."

Watch the video below from the Milwaukee Journal Sentinel.