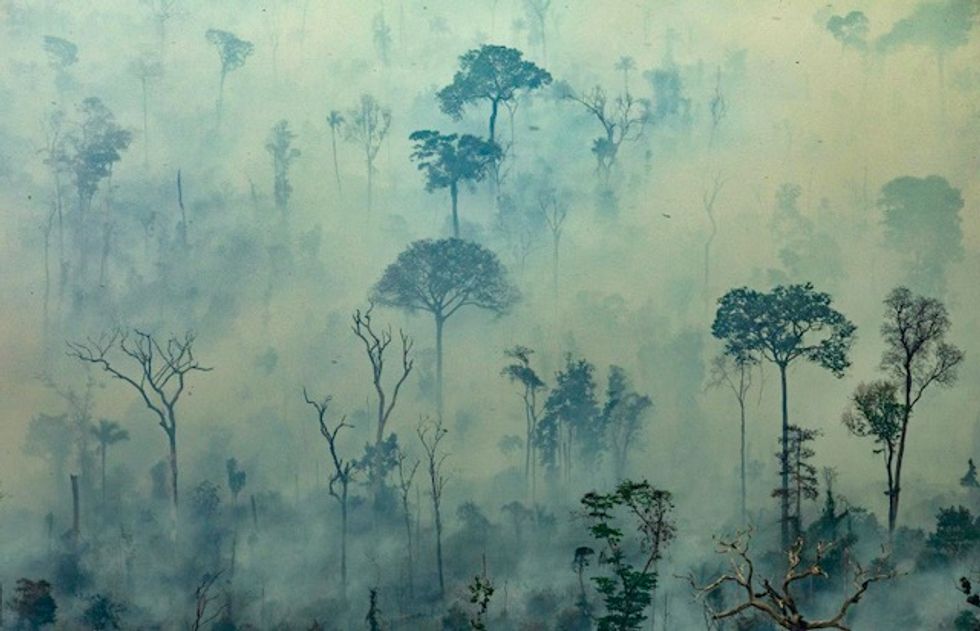 The fires tearing through the Amazon represent a "tipping point" for the health of the rainforest, the head of a top global forestry management body said Wednesday, urging the world to do more to save the trees.

The situation in the Amazon is "very urgent," stressed Gerhard Dieterle, executive director of the International Tropical Timber Organization, an intergovernmental agency group that promotes sustainable forestry use.

"This is something that might affect the integrity of the Amazon as a whole, because if the forest fires spread, the grasslands become more prone to forest fires," Dieterle told AFP on the sidelines of a conference on African development.

"Many experts fear it may be a tipping point" for the rainforest, as the latest figures show a total of more than 82,000 fires blazing in Brazil, even as military aircraft and troops help battle them.

More than half of the fires are in the massive Amazon basin.

Some of the blazes are down to natural causes, Dieterle said, but they are mostly started deliberately by farmers clearing land for agriculture.

Asked about the G7's $20 million pledge to combat the flames, Dieterle said it was "a beginning but much more is needed."

"This is the national sovereignty of Brazil... if they ask for funding, I think the world might be willing to provide more resources," he said.

On Tuesday, a spokesman for President Jair Bolsonaro said Brazil would be prepared to accept foreign aid to fight the fires, provided they control the cash.

Earlier, Brazil had appeared to reject the G7 overtures during a war of words between Bolsonaro and French President Emmanuel Macron, who hosted the meeting of the global elite.

"Mr Macron must withdraw the insults he made against me," Bolsonaro told reporters in the capital Brasilia on Tuesday.

Dieterle made his comments on the sidelines of the TICAD conference on African development held in Yokohama near Tokyo.

Earlier he warned delegates that "deforestation and forest degradation continue at an alarming rate in many African countries."

Given the expected rise in African populations from 1.2 billion today to 4.4 billion by the end of the century, he also sounded the alarm bell over a lack of wood products for construction and cooking.

"In the same way we talk about food security, we need also to talk about 'wood security' and 'water security'. We must focus more on the role and use of productive forests before it is too late," Dieterle said.