America is ‘clouded in fear’: Shep Smith gets emotional as he tears into politicians for doing nothing to stop the slaughter 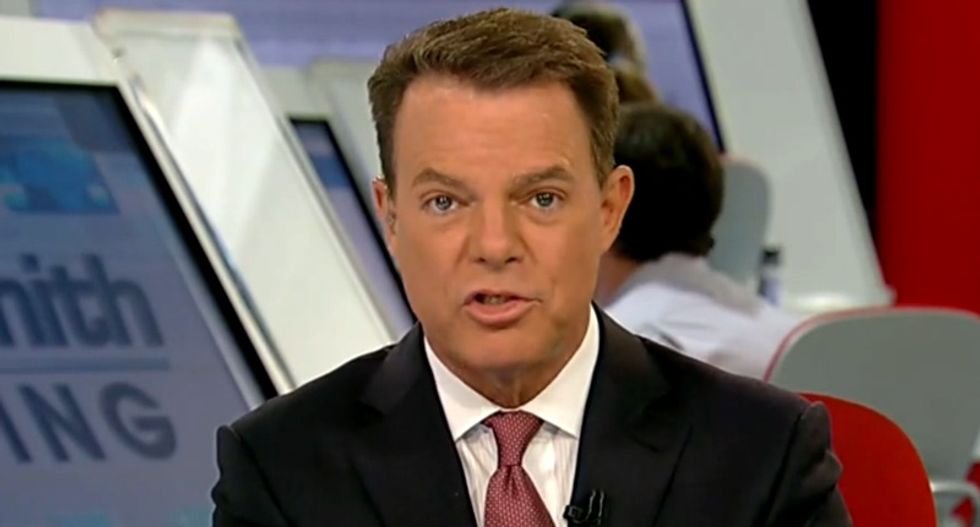 In the aftermath of two mass shootings in just one weekend, Fox News host Shep Smith issued an emotional plea, begging lawmakers to do their jobs and enact polices that will stop the slaughter.

"Yet again in America," he said. "Yet again in America, innocent families are slumped to their knees in grief, living the agonizing and unimaginable weight to retrieve the bullet-riddled bodies of their children and parents, slaughtered in senseless gun violence. Yet again in America we search our souls for answers, beg our leaders for solutions that thus far have not come" he continued.

Smith pointed out that there were 251 mass shootings in America in 2019, with Dayton marking that grim statistic. Although definitions differ, the FBI criteria

for what constitutes a mass murder is four fatalities by a fire arm, according to the Rand Organization.

The Fox News host pointed to the impact on those affected by mass slaughter.

"If you saw the killer up close, smelled the blood when it was over," he said. "Or buried your child. You can’t forget ever. Each time we hear kids cry, parents pray and politicians promise. Then it happens yet again in America," he said.

"Here a friend mourning the teacher in El Paso who was buying classroom supplies but didn’t survive. Here’s sisters holding each other in Dayton near the spot where their brother drew his last breath. They’ll remember. Now gun laws, regulations, background checks, soft targets, body armor, death penalty, mental health. Time for action. I promise. Thoughts and prayers. We hear you. We heard you last time. And the time before that."