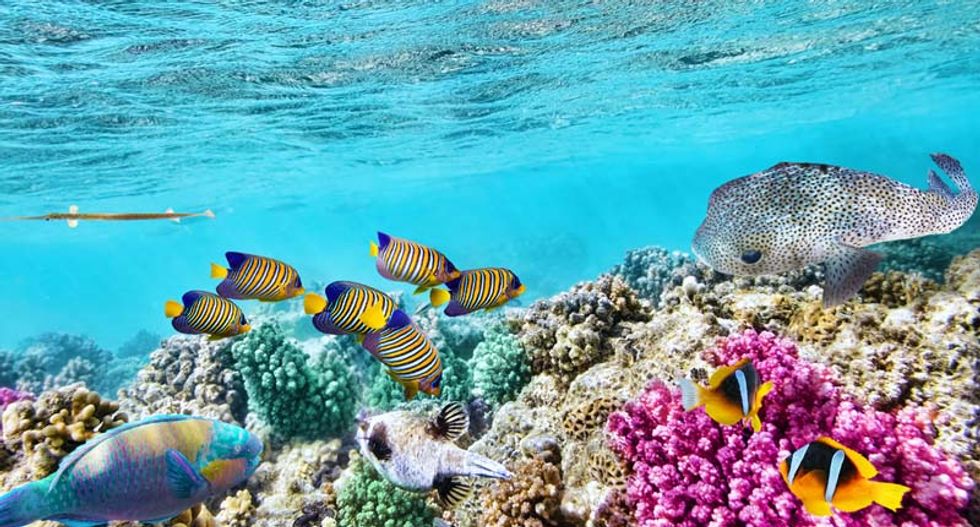 In its latest five-yearly report on the health of the world's largest coral reef system, the government's Great Barrier Reef Marine Park Authority singled out rising sea temperatures as the biggest threat to the giant organism.

"Climate change is escalating and is the most significant threat to the Region's long-term outlook.

"Significant global action to address climate change is critical to slowing deterioration of the Reef's ecosystem and heritage values and supporting recovery," it said.

But the agency added that the threats to the 2,300-kilometer (1,400-mile) reef were "multiple, cumulative and increasing" and, in addition to warming seas, included agricultural run-off and coral-eating crown of thorns starfish.

The agency said the outlook downgrade from "poor" in 2014 to "very poor" now reflected the greater expanse of coral deterioration across the massive reef, notably following back-to-back coral bleaching events caused by sea temperature spikes in 2016 and 2017.

"The window of opportunity to improve the reef's long-term future is now," it said.

The conservative Australian government has faced criticism from environmentalists for favouring an expansion of its massive coal mining and export industry over action to curb climate change.

Friday's reef report coincided with the release of new government data showing that Australia's emissions of greenhouse gases blamed for climate change continued a four-year rising trend during the first half of 2019.

The government insists it is meeting its emissions targets as set under international protocols, including the Paris climate agreement, and argues that Australia's total greenhouse gas output remains far below that of major polluting nations.

"This report calls out climate change as the biggest threat to the reef," Environment Minister Sussan Ley acknowledged at the release of the outlook report.

But she added: "We are taking the action that we're required to do under our Paris agreements."

"Australia must do its fair share in the global effort to tackle climate pollution. That means moving on from digging up and burning coal and gas for our energy," said Kelly O'Shanassy, CEO of the Australian Conservation Foundation.

The United Nations had asked to receive the latest update on the reef's health by December so that it can determine whether the site can retain its world heritage status when UNESCO next considers the issue in 2020.

The reef is estimated to be worth at least US$4 billion a year to the Australian economy -- serving as a magnet for tourists and emblem of the country.

Ian Poiner, chairman of the Great Barrier Reef Marine Park Authority, said that "the reef remains vibrant, beautiful, and it is still resilient".

"However, coral reefs globally are declining, including the Great Barrier Reef, and we know why. The reason is... climate change impacts that require a global response."