Believe it or not, good news: Trump's counterattack against clean energy is collapsing 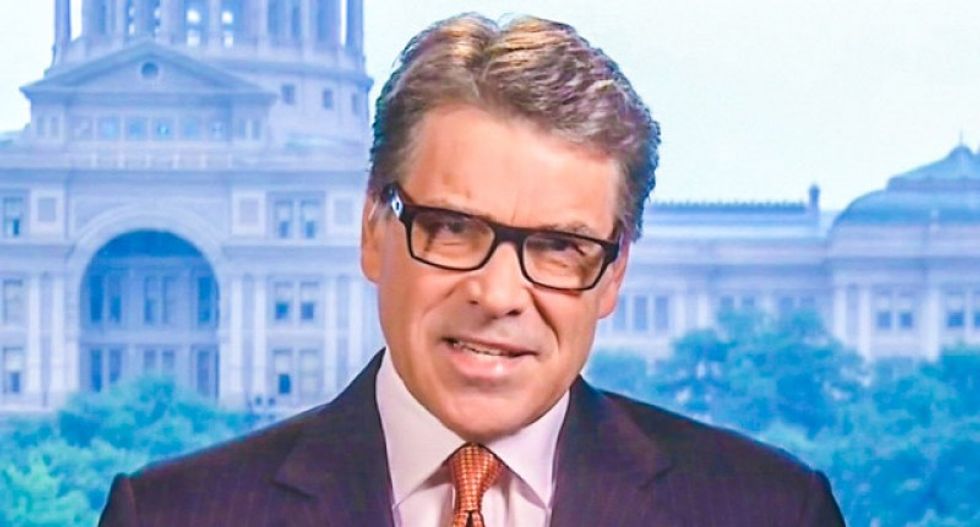 In the last several weeks, the futility of both these efforts to strangle the future have become clear.

The latest blow to the Trump clean energy rollback was an announcement by California and four major automakers — including Volkswagen, the world’s largest — that even if the president can persuade the courts to allow him to roll back the Obama administration's improved regulations on pollution and efficiency standards for cars and light trucks, these companies would guarantee that their U.S. fleets meet a set of slightly modified standards devised by California for the model years 2022-25.

While Ford was the only U.S. automaker to sign, it's still a huge step. (And Ford is hardly a bit player.) General Motors appears to be seeking more credit for its significant investment in electrification, and Fiat Chrysler, having turned itself into a niche brand that proudly produced the world’s best 20th-century cars — Jeep SUVs and Ram Trucks — simply whined. (Chrysler still doesn’t know how it will comply with the much laxer 2020-21 rules.) Toyota may be watching to see what GM does.

The agreement made clear that the Trump administration’s refusal to negotiate with California was rooted in its own stubbornness, not California’s unwillingness to make a reasonable offer. It further made clear that the auto industry feels deeply threatened both by the prospect of a US auto market split into two segments — one following strong California innovation rules, the other locked into yesterday’s auto technology. It also highlighted the degree to which clear mandates in other markets — particularly Europe and China — are maintaining the pace of progress toward clean, electric vehicles, and a recognition that U.S. automakers must keep up regardless of whether federal standards require that.

As Rep. Debbie Dingell, D-Mich., often seen as the D.C. voice of the American auto industry, pointed out, “This industry is more fragile than many realize. If the United States is to be competitive, we have to stay at the forefront of innovation and technology, which will help us transition to the next generation of more fuel-efficient vehicles.”

And what of the other flank of the Trump assault on climate progress: His promise to bring back “beautiful” coal? The last month has seen a slew of announcements making utterly clear that the coal industry is on the way out as a source of electric energy. The Energy Department has conceded that coal’s share of U.S. electricity generation will continue to plummet – from more than 50% a few years ago, to 30% in 2017 and a forecast of only 24% this year. The largest coal power plant to fall thus far —  American Electric Power’s behemoth Rockport, Indiana, facility — has announced it will shut down. An all-Republican body of utility regulators in Georgia required Georgia Power not only to shut down much of its coal facilities, but also to embrace renewables, rather than natural gas, as the replacement. One analyst called this “the worst month for coal power in decades.”

Coal’s bleak future didn’t just hit utility operators. Yet another set of coal mining operators headed for bankruptcy courts, with Blackhawk Mining unable to sustain its Appalachian operations. This followed four other bankruptcies in the previous four months: Blackjewel on July 1, Cambrian Holding on June 16, Cloud Peak Energy on May 10 and Trinity Coal on March 4.

Many of the bankruptcies came because mining companies wanted to shed their commitments to provide pensions and health care for retirees, as well as to clean up the environmental disaster left behind by many of their operations. And since Republicans in Congress had allowed the tax that provides funding for health care for coal miners suffering from black lung disease to expire, just as poorly regulated working conditions have triggered a major black lung epidemic, miners were forced to mobilize to try to make their alleged pal in the Oval Office, not to mention Senate Majority Leader Mitch McConnell, make good on at least some of their boasts about making life wonderful for coal again. When the miners arrived in Washington, McConnell gave them the brush-off in a perfunctory meeting after which they said he had treated them rudely.

None of this has stopped the coal industry’s barons from cozying up to Trump. Bob Murray, for whom a pledged bail-out was one of Trump’s undelivered promises, still came through with a major campaign fundraiser in Wheeling, West Virginia. But as the 2020 election season heats up, it appears that while coal mine owners might still  love the president, his efforts to rescue coal-fired power and oil-fired transportation from history's verdict had collapsed — making clear once again that it’s time to move beyond carbon.

Carl Pope is the co-author of "Climate of Hope: How Cities, Businesses, and Citizens Can Save the Planet." He is the former CEO and chairman of the Sierra Club.