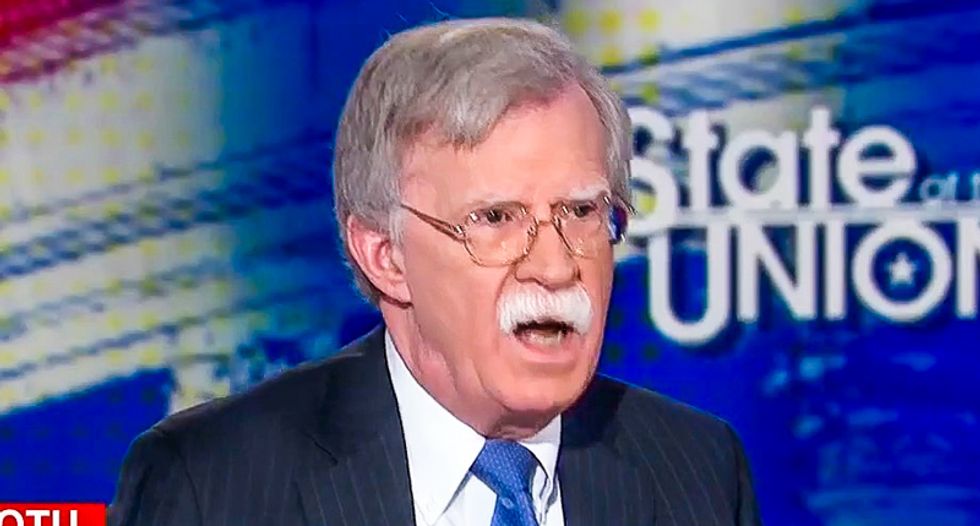 The Daily Beast reports that a Twitter users this week who claimed to be a Canadian law enforcement official implicated Bolton's daughter of "laundering and transferring dirty money between Canada and some European countries, Turkey, the United Arab Emirates and the United States."

Even though the claims are an obvious hoax, intelligence officials are monitoring this campaign to see if it gains any traction.

Lee Foster, an information operations intelligence analyst at the cybersecurity firm FireEye, tells the Daily Beast that the campaign resembles past disinformation campaigns run by Iranian intelligence operatives. And even though there is no evidence directly linking the account to Iran, the bogus tweet was apparently picked up by news websites that have editorial lines that are in line with the Iranian government.

Bolton, who has long advocated military action against Iran, has been a force for pushing President Donald Trump to be more confrontational with the country, even as the president claims he'd like to hammer out a new nuclear deal with Tehran.