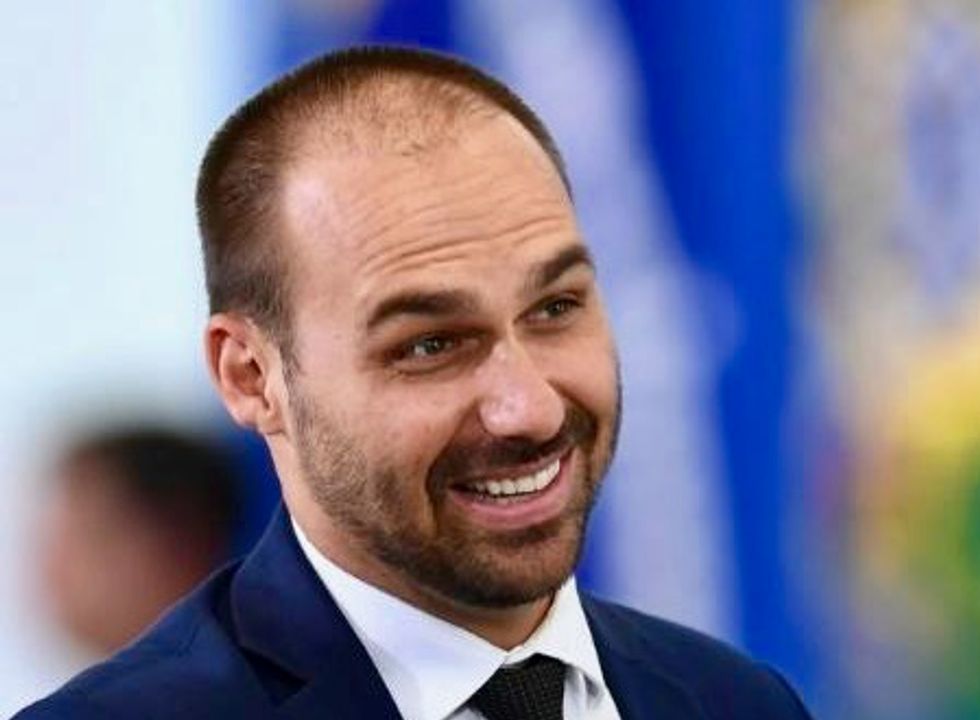 Brazilian President Jair Bolsonaro's son and hopeful ambassador to the United States is set to travel to Washington Friday to thank Donald Trump for his support during the crisis surrounding the fires in the Amazon rainforest.

"Our minister Ernesto Araujo and Deputy Eduardo Bolsonaro will be received this Friday by President Donald Trump at the White House in Washington," the Brazilian leader tweeted late Thursday.

"Brazil and the United States have never been so aligned," he added. "Coordination with the US president was essential for defending Brazil's sovereignty during the G7 summit."

At the end of a recent meeting between the leaders of the world's seven most powerful economies, French President Emmanuel Macron floated the possibility of sending aid to help control the proliferation of fires burning in the Amazon.

The rainforest, which is the world's largest and crucial to a stable global climate, is mostly located in Brazil.

Bolsonaro and Macron have locked horns several times over the issue, while Trump tweeted his "full and complete support" for the Brazilian president.

Eduardo Bolsonaro confirmed Thursday that he would be accompanying Foreign Minister Araujo to give his "thanks" to Trump.

"The influence of the US within the G7 is essential," Eduardo, who currently heads the foreign affairs committee in the Chamber of Deputies, said according to the newspaper O Globo.

Jair Bolsonaro has said he is considering appointing his son to be Brazil's ambassador to the US and that Washington has already endorsed the idea, but he would still need to be officially nominated and then approved by the Senate.

Trump -- who counts his daughter Ivanka and son-in-law Jared Kushner among his most senior advisors -- effusively praised the idea last month, saying he thought it would be "a great appointment," and that: "I don't think it's nepotism."