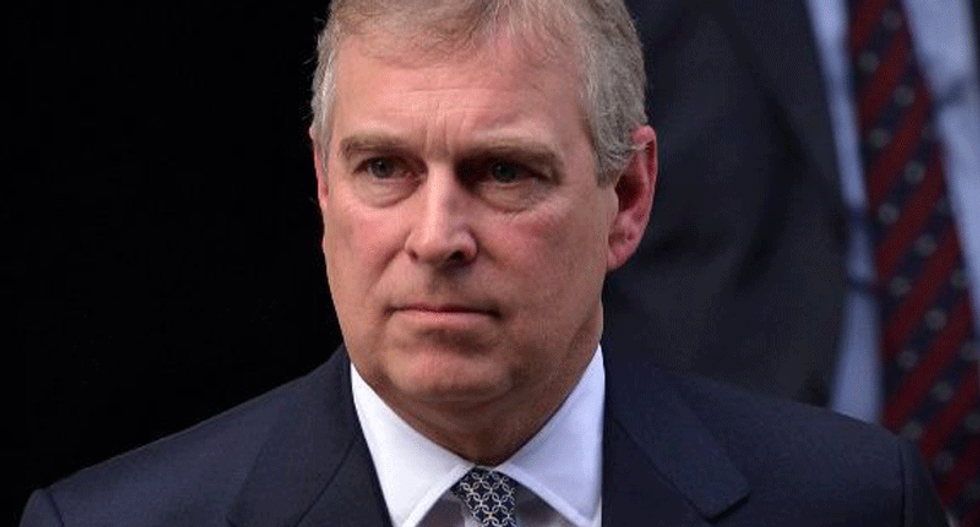 Britain's Prince Andrew insisted on Saturday that "at no stage" during his friendship with convicted paedophile Jeffrey Epstein did he "witness... any behavior of the sort that subsequently led to his arrest".

The prince, Queen Elizabeth II's second son, is under heavy fire over his relationship with the disgraced US financier, and admitted in a statement on Saturday that "it was a mistake and an error to see him after his release in 2010".

"At no stage during the limited time I spent with him did I see, witness or suspect any behavior of the sort that subsequently led to his arrest and conviction."

Epstein was found dead in his cell earlier this month, and the prince was once more drawn into the story after a video was released purporting to show him at the criminal's home in 2010.

Epstein had pleaded guilty in 2008 to procuring for prostitution a girl under the age of 18 and served 13 months in prison before being released on probation.

"I was mistaken to think that what I thought I knew of him was evidently not the real person, given what we now know," said Andrew.

"This is a difficult time for everyone involved and I am at a loss to be able to understand or explain Mr Epstein's lifestyle," he added.

The video was the latest in a string of revelations about Prince Andrew's friendship with Epstein in British tabloids.

The Mail on Monday said the prince had hosted Epstein at Balmoral, Queen Elizabeth II's home in Scotland, in 1999 at a time when the monarch may have been in residence.

He also reportedly hosted Epstein at Sandringham, another royal residence in eastern England, a year later.

A coroner ruled that he committed suicide by hanging.

Over the years, the financier hobnobbed with politicians, socialites and celebrities, including Donald Trump before he was president, and Bill Clinton.

Virginia Giuffre -- previously Virginia Roberts -- one of Epstein's alleged victims, has testified that she was forced to have sex with Prince Andrew in London when she was 17. She said she had sex with him again in New York and on Epstein's private island in the Caribbean.

But the allegations were struck from the record by a US judge in 2015, who said the "lurid details" were not needed to decide a civil case concerning Epstein.

Buckingham Palace has repeatedly and strenuously denied the claims, calling them "false and without foundation".

The prince said he deplored "the exploitation of any human being and would not condone, participate in, or encourage any such behavior."