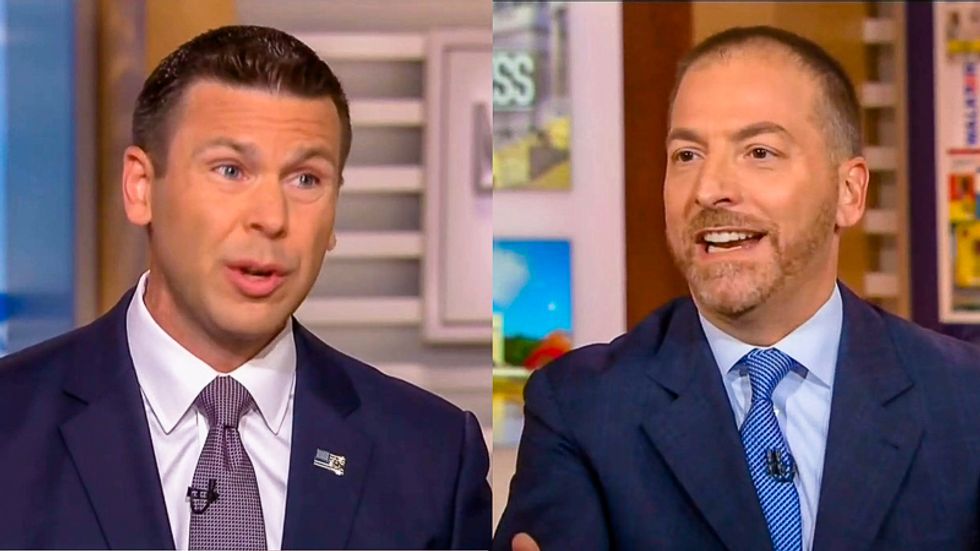 Department of Homeland Security (DHS) acting Secretary Kevin McAleenan said on Sunday the timing of a Immigration and Customs Enforcement (ICE) raid was "unfortunate" after it left some children without parents.

In an interview on Meet the Press, host Chuck Todd asked the DHS chief why the raid on the workers in Jackson, Mississippi was not postponed following the El Paso mass shooting.

"Something like this has been planned for over a year," McAleenan explained. "This is a criminal investigation with 14 federal warrants issued by a judge. ICE had to follow through on that. It was already planned and in motion."

"These employers are exploiting undocumented workers," he insisted. "This is a situation where you have 680 arrests just in this one operation. That means those employers are just ignoring the law entirely in what they do."

"So it’s interesting you just said you were talking about the employers," Todd noted. "The only people arrested were the employees. Why?"

"And we have those employers and names who we’re targeting," McAleenan replied. "We’re in the middle of the criminal investigation. This case will be pursued."

"You have said the system is targeting nonviolent undocumented people, is that the priority?" Todd pressed. "What evidence that these people were harming society?"

"Your rhetoric doesn’t match the action," the NBC host continued. "The action targeted the employee, not the employer."

"Given the emotions of the country right now, in hindsight, do you wish this raid didn’t happen this week?" Todd asked.

"The timing was unfortunate," McAleenan agreed.