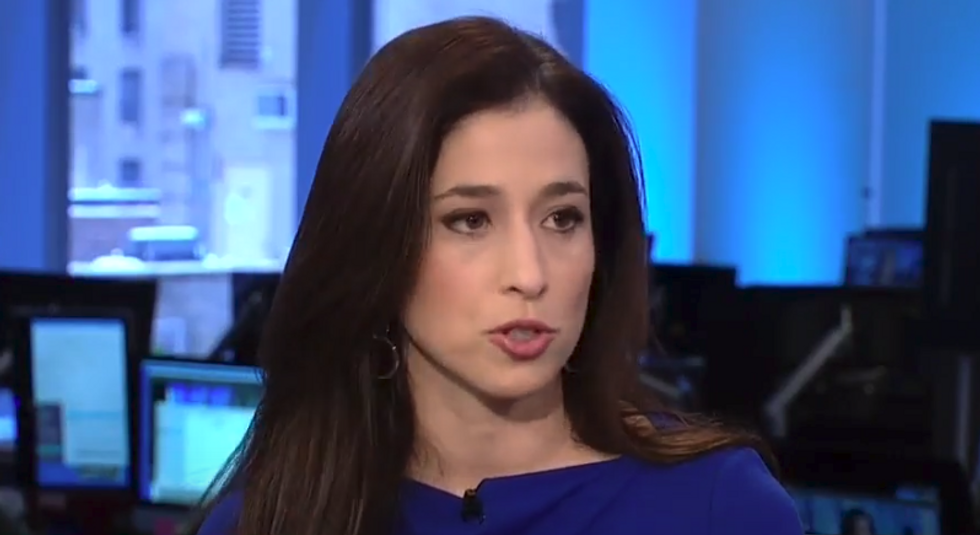 Washington Post economics columnist Catherine Rampell on Monday delivered a brutal takedown of Trump economic adviser Peter Navarro by using his own past writings to discredit his current claims on the state of the American economy.

Specifically, Rampell shredded Navarro for claiming that an inverted yield curve, in which short-term U.S. treasury bonds deliver higher rates of return than long-term bonds, is actually a good sign for the economy.

"A yield curve inversion doesn't mean we have to have a recession, but historically it has predated them," she said. "The reason for that is it reflects where investors think interest rates are going to go."

She then pulled out quotes from Navarro's past writings in which he mocked business leaders for ignoring the significance of inverted yield curves. In fact, Navarro even once wrote that the yield curve doesn't have to invert to indicate a recession, as a flattening curve is also a significant economic danger sign.

"A flat curve is an only slightly weaker signal of recession," Navarro wrote in his 2006 book, "Well Timed Strategy." "Although it predicted all of the past six recessions within an eight-quarter horizon, it also had two false signals."

In the same book, Navarro also said that the yield curve had an "excellent forecasting track record" and observed that "it seems truly remarkable that so many corporate executives chose to ignore its strong recessionary warning signals leading up to the 2001 downturn."