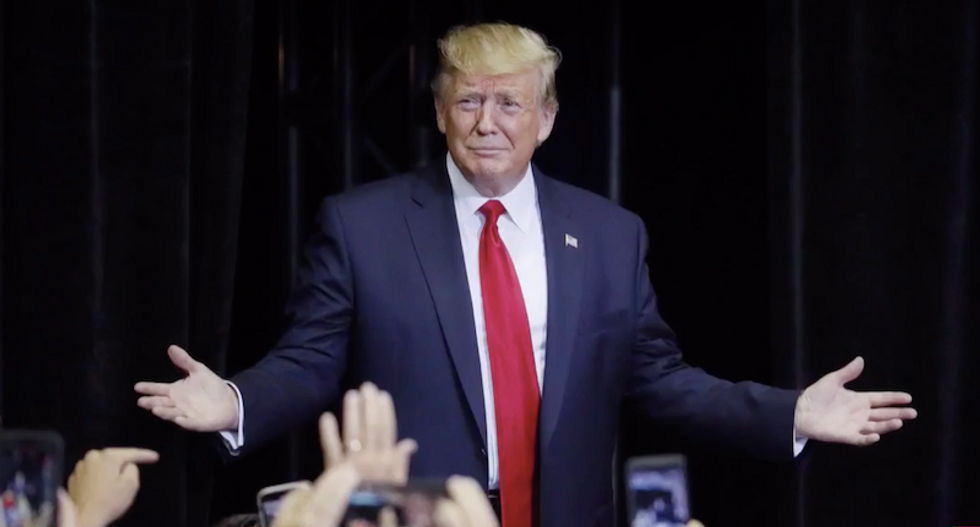 On Tuesday, President Donald Trump's lawyers launched a lawsuit against the state of California challenging a law that requires Presidential candidates to disclose five years of taxes to get a spot in the primary.

They claim that the law is unconstitutional on the grounds that the state doesn't have the authority to impose extra restrictions on campaign eligibility.

Gov.  Gavin Newsome was quick to retort: "There’s an easy fix Mr. President -- release your tax returns as you promised during the campaign and follow the precedent of every president since 1973," he tweeted.

There’s an easy fix Mr. President -- release your tax returns as you promised during the campaign and follow the pr… https://t.co/kkgCESrdcp
— Gavin Newsom (@Gavin Newsom) 1565112906.0

That's not the only way President Trump appears desperate to conceal his taxes. In a CNN segment, reporter Jessica Schneider presented a rundown of the lengths Trump is going through to avoid publicly sharing his taxes.

"So, they're battling this now in California, filing this lawsuit," said Schneider. "We expected it would be challenged on Constitutional grounds," she added.