Colbert corrects Andrew Yang: 'The opposite of Donald Trump is a black woman who has spell-check' 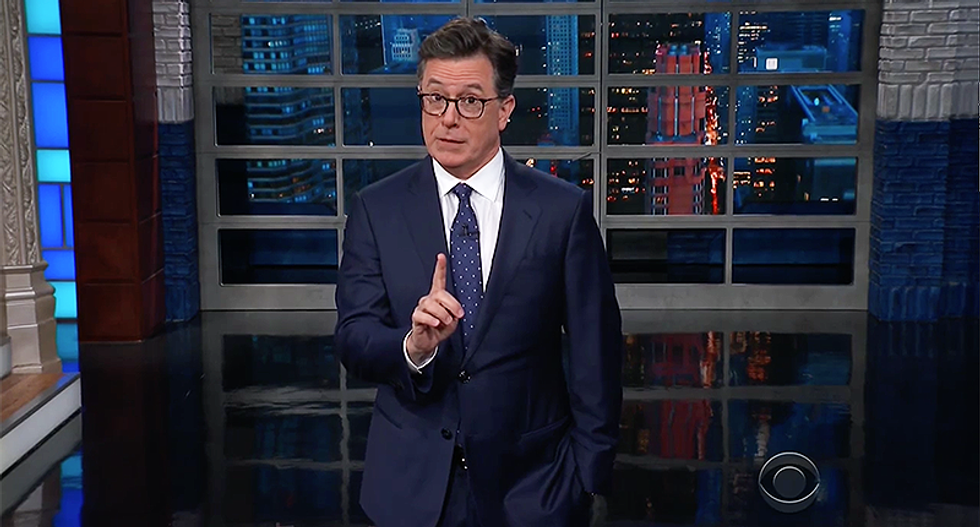 In his round-up of the second night of the Democratic debates, "Late Show" host Stephen Colbert took a shot at the most ridiculous moments and the zingers.

Candidate Andrew Yang began the night, saying that the opposite of Donald Trump is "an Asian guy" like him "who can do math." But Colbert disagreed.

"The opposite of Donald Trump is a black woman who has spell check," the late-night host clarified.

"And I can talk to those white women in the suburbs that voted for Trump and explain to them what white privilege actually is," Gillibrand said.

"They will accept me into their midst, for I come with offerings of chardonnay and Skinny Pop," Colbert joked.

"The first thing I'm going to do is Clorox the Oval Office," she joked.

"That presidential slam brought to you by Clorox," Colbert said. "Clorox: The Commander in Bleach."

Colbert also noted that Gillibrand had a plan for how to take down Donald Trump.

"It involves a deep hole, a camouflaged tarp, and a cold cheeseburger," Colbert summed it up.

Watch his full opener below: