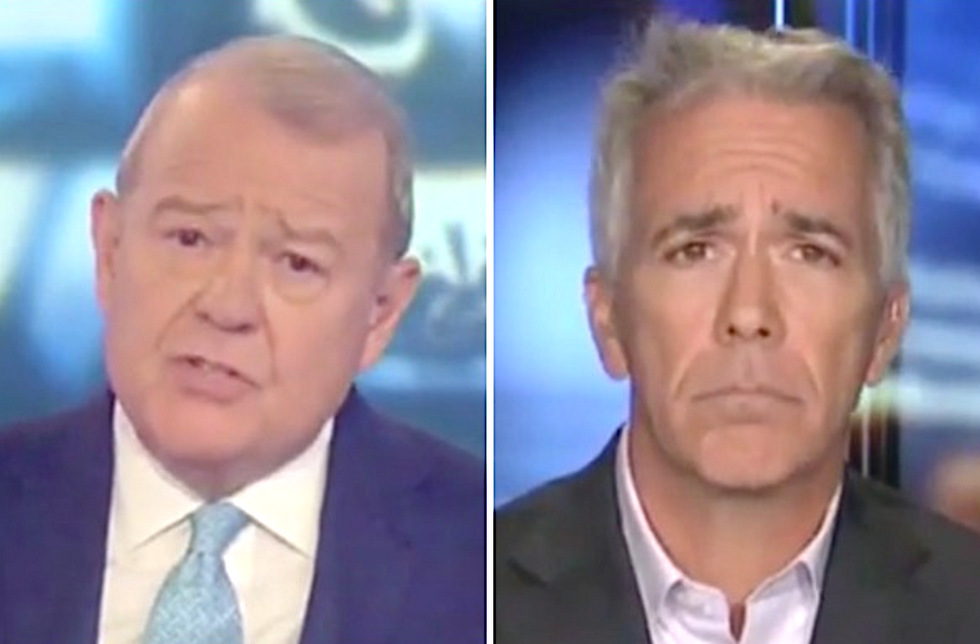 According to Fox Business Network host Stuart Varney, President Trump doesn't lie to the American people. That was his claim during an interview with former Illinois GOP Rep. and potential primary challenger to President Trump, Joe Walsh, this Friday.

During the exchange, Walsh repeatedly called Trump a liar, prompting Varney, who is a consistent defender of Trump, to ask Walsh to cite some specific examples. Walsh mentioned recent reports saying that the White House admitted Trump's claim that he was involved in "high level" phone calls with China over trade was actually just an effort to boost markets.

“Stuart, he said there were high-level phone calls with Chinese officials, his staff admitted that was not true, that he lied in order to manipulate the market,” Walsh said.

Varney brushed Walsh off and asked him to provide another example, but Walsh was insistent on making his point.

“Stuart, do you believe this president lies?” Walsh asked.

Varney replied that Trump only "exaggerates and spins."

Walsh asked again if Varney thinks Trump lies, to which the Fox host said, "No."

Walsh wasn't the only one baffled by Varney's defense of Trump, especially after the interview made it's way around Twitter.