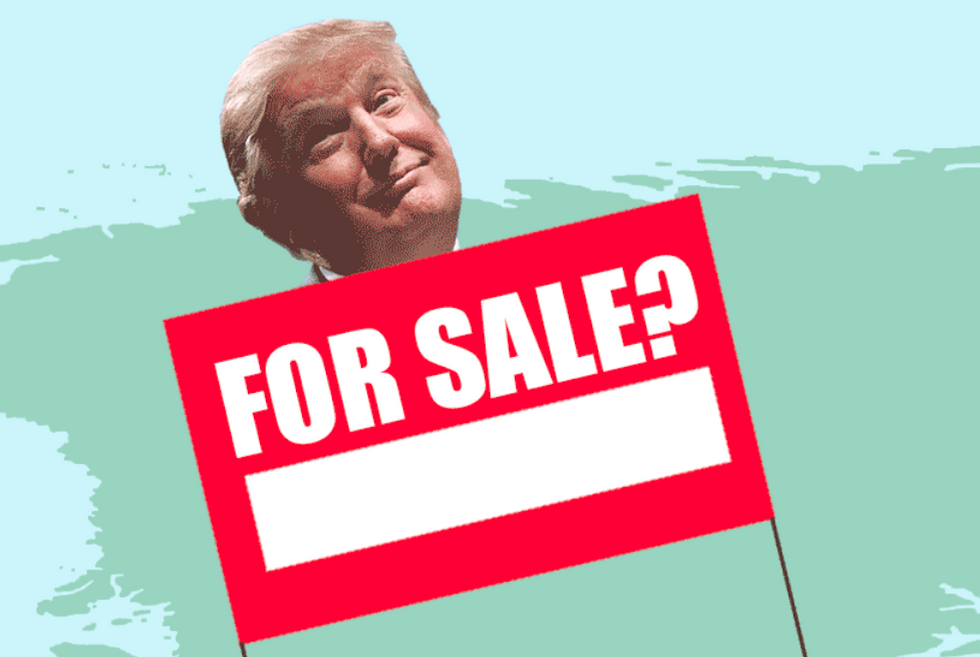 In the wake of news stories that claimed President Trump floated the idea of the U.S. possibly buying Greenland for its natural resources, Montana Governor and 2020 Democratic presidential candidate Steve Bullock decided to troll the President a bit.

According to Mediaite, Bullock's campaign has bought the URL IsGreenlandForSale.com. When one clicks on the link, they're giving a fairly simple message: "No."

"But while you’re here, donate a buck to kick Donald Trump out of office," the website implores its visitors.

As expected, the news brought about a wave of internet mockery.

Now Greenland is making fun of our dumb president too. What part of “America being respected again” is this??
— Molly Jong-Fast🏡 (@Molly Jong-Fast🏡)1565968597.0

While Trump's reported interest in buying the Danish territory was met with scores of skepticism, KOMO News points out that Trump isn't the first president to consider the idea. In fact, it's at least the third time a president has floated the possibility.