Democrats are ignoring the most important battle of 2020: columnist 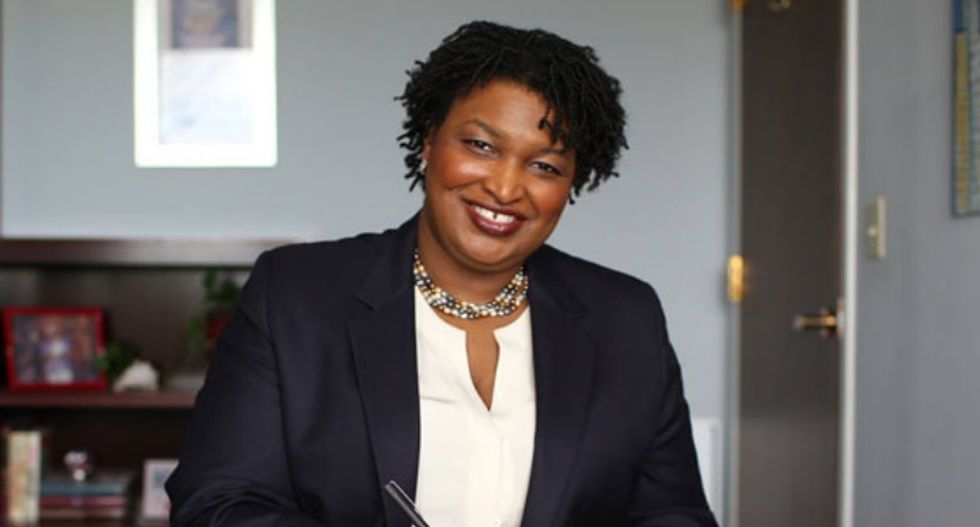 Washington Post political columnist Paul Waldman noted in his piece Tuesday that Democrats are making a reckless mistake ignoring election security as a critical issue for 2020.

Left-leaning billionaires searching for the best ways to spend their 2020 campaign dollars that will actually make a difference, were told former gubernatorial candidate Stacey Abrams is fighting for a fair election process for all 50 states.

Former special counsel Robert Mueller already cautioned Congress that Russia not only hacked the 2016 election, but they're also continuing to hack the U.S. today and are preparing to cause problems for 2020.

"The initiative, called Fair Fight 2020, takes its name from the organization that the Georgia Democrat founded last year after narrowly losing her bid to become the nation’s first black female governor," The Post reported. "Abrams is set to announce the program Tuesday during a speech at the convention of the International Union of Painters and Allied Trades in Las Vegas."

Abrams efforts won't even come close to the $50 million some presidential candidates have raised thus far. For just $4-5 million, 20 states in the Midwest and Southeast could be protected.

"Meanwhile, Tom Steyer has promised to spend $100 million running for president, spent $7 million on TV and digital ads in his first month as a candidate," Waldman wrote. For the kind of money Tom Steyer sneezes into a Kleenex, elections could be saved.

"Every Democrat agrees that countering voter suppression and enabling turnout are absolutely critical, and there's no one better to do these things than Abrams, who has worked on this issue in Georgia for years," wrote Waldman. "Liberal donors ought to be falling all over themselves to give her their money. The budget for this project should be $50 million, not $5 million. Or more."

For Democrats who fear the election will be rigged in Trump's favor by international players who think they can manipulate him more easily, ensuring election security is a top priority. Meanwhile, Republicans are waging a war to suppress votes with voter I.D. laws, gerrymandering, and other efforts that specifically targets minorities. Already, Russian bots are working to sow discord in the United States by pitting angry whites against people of color who are living everyday lives. The Trump campaign has latched onto that idea and taken it further as a means to raise money for the president's reelection.

Waldman also encouraged Democrats to look at state legislative seats, something that they've typically ignored in the past. Republicans have largely taken over most legislatures after a concerted effort by conservative groups to prepare for gerrymandering Congressional districts after the 2020 census.

"Lose control of that process, and you find it harder to win and hold a House majority, which means it's harder to get things done even if you win the White House," Waldman warned. "That's what happened in 2010, when some visionary Republicans realized that for a relatively small investment (it ended up being about $30 million) targeted at key state legislative races they could flip multiple state legislatures, then use that control to gerrymander both state and congressional districts to lock in their power. The project, called Redmap, was a stunning success."

If Democrats don't want to wake up on Election Day with a Democratic president and a huge loss at the state level, Waldman urges funders to wake up and get their checkbooks out. With a smart and affordable investment, they can make a huge difference in 2020.